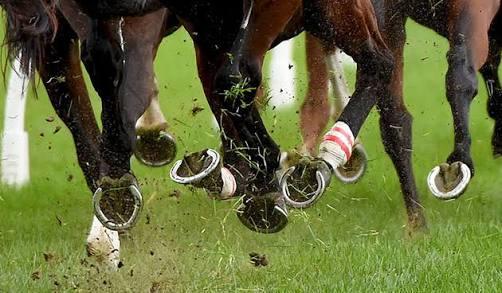 Arthur Porrit and French Politician will run in the first two races at Cootamundra tomorrow.

Both will contest maiden plates with Arthur Porrit running over 1600m and French Politician in the 1400m.

Trainer Andrew Dale has again got Jake Duffy onboard with the young jockey riding both horses.

Following Tuesday’s track work, Duffy said there were some encouraging signs for Arthur Porrit ahead of his first run since March.

“I’m happy enough with how he’s going, he’s definitely turned the corner, he’s settled down a lot and is doing a lot more things right,” he said.

“He’s not necessarily going to be winning a mile first up but he can be competitive and I think that’s a massive bonus compared to what we were thinking when we gave him the first few trials.”

After placing third at Corowa a little over two weeks ago French Politician will be out to get his maiden win and with the blinkers on Dale expects improvement.

“He galloped with the blinkers on Tuesday and we’ll keep them on for race day,” he said.

“It was a good debut performance at Corowa, he didn’t have a lot of luck into the straight and then probably just peaked a little early.

“Overall it was pleasing run first up and we’re sure he’ll be very competitive again.”