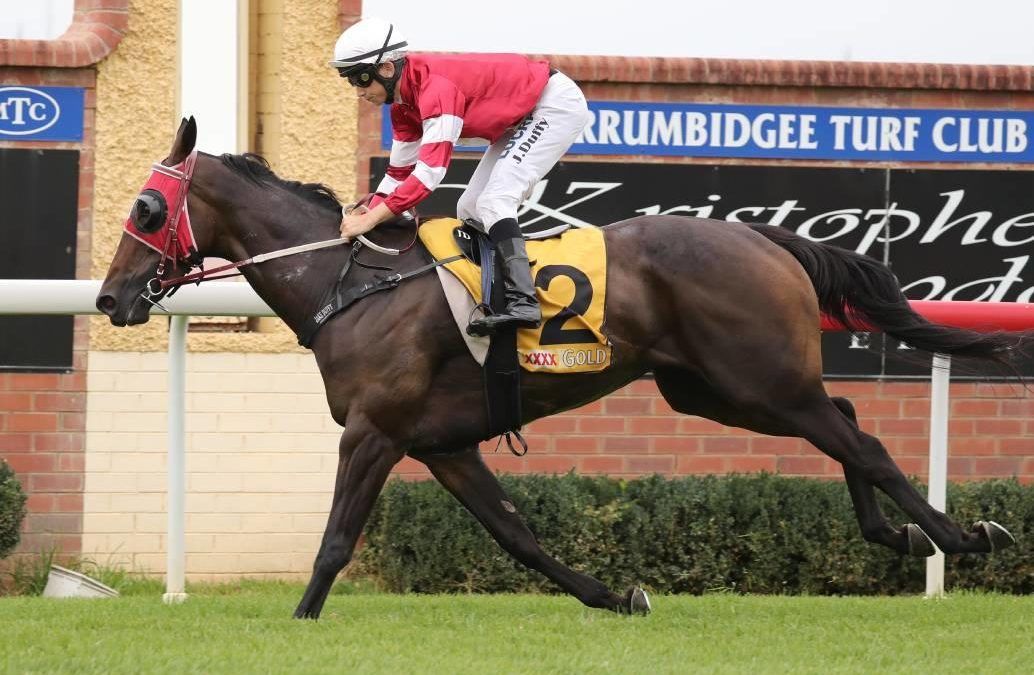 Albury trainer Andrew Dale could have a second contender in the Country Championships after Arthur Porrit ($1.95) scored a two-length win in the Maiden Plate (1300m) at Murrumbidgee Turf Club on Thursday.

Dale already has Lawton Joseph running and will now throw Arthur Porrit in the mix after the first-up win.Top Wagga trainer Chris Heywood was pleased with Delivered’s run on Thursday and is looking for another 100 metres.

“He just needed that bit of confidence and he should get that out of winning one.

“We’ll throw him in the Champs now and see if he gets a run.

“He’s got a few issues with the barriers that we’ve had to fix up and he’s coming along nicely.”

Wagga trainers Chris Heywood and Gary Colvin will push on to the Country Championships heat full of confidence after minor placings in the All Set for SDRA Championships Benchmark 59 Handicap (1300m).

Both horses are likely to scrape into the field.

“I was stoked with him,” Heywood said of Delivered.

“He was hitting the line and that’s the main thing.

“The winner was always in front of me and we’ll be better for another 100 metres.

Delivered, who settled back in the field, will give Heywood three runners in the $150,000 heat on Sunday week, alongside Class Clown and Fermanagh Lad.