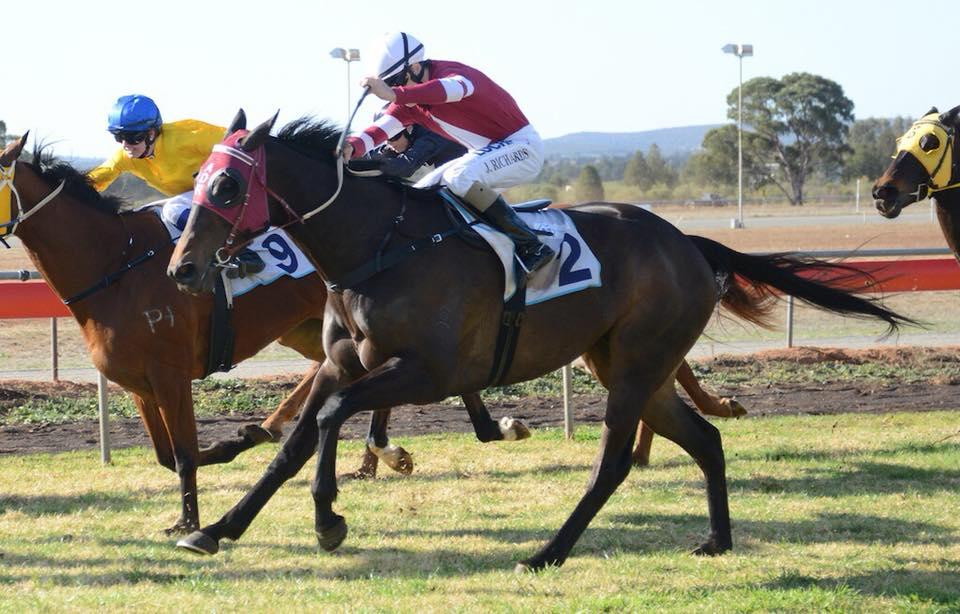 Arthur Porrit overcame a sticky draw and a tough run in transit to score the second win of his career in the Class 1 1350m Handicap at Griffith on Saturday.

The five year-old gelding put the writing on the wall with a nice first-up run at Narrandera three weeks earlier and trainer Andrew Dale was confident of a good showing in his latest outing.

“He has a good second-up record and I wanted a three week break between his first and second runs to ensure I had him right to go,” Dale said.

Apprentice jockey Josh Richards guided Author Poritt home and is starting to build a good rapport with the Andrew Dale Racing stable scoring for the fourth time in the burgundy and white silks.

If all goes well, Arthur Porrit could back up at Corowa over 1600m on September 17.