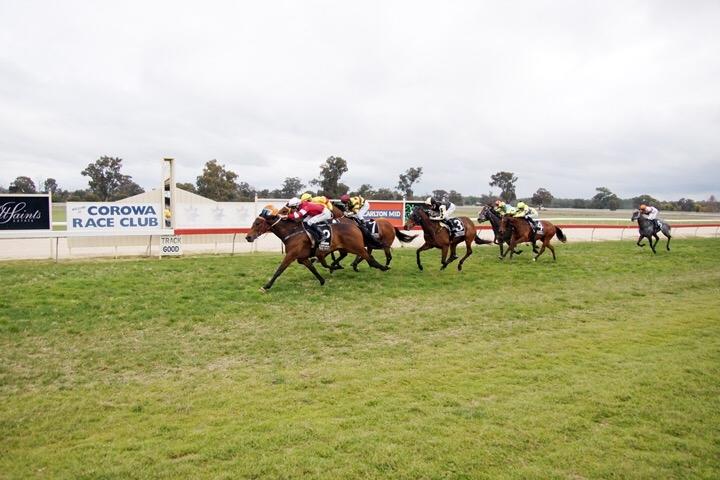 “It was a super run, it panned out exactly the way we wanted,” trainer Andrew Dale said.

“He got on the back of the favourite Bennelong Dancer and was strong late, Jake Duffy rode him beautifully.”

It was Lawton Joseph’s second win in seven starts with both victories coming first up.

Dale is targeting next year’s NSW Country Championships Southern Districts qualifier with the New Zealand bred horse after winning the race in 2017 with Lautaro.

“He will probably have another couple of runs this preparation and then go away before we get him set for the Country Champs,” Dale said.

“With the weight scale for Country Champs if you win more than three you have to go up from 56.5kg so the plan is get one more.”

On top of Lawton Joseph’s win, Dale’s two other runners picked up placings at Corowa.

Pacific Tycoon worked home nicely off a moderate tempo to run third in his return, while French Politician fell just short in his first outing for the stable.

French Politician looked to have the money with 50 metres to go before finishing three-quarters of a length back behind Arellano and Heza Jolly Swagman.