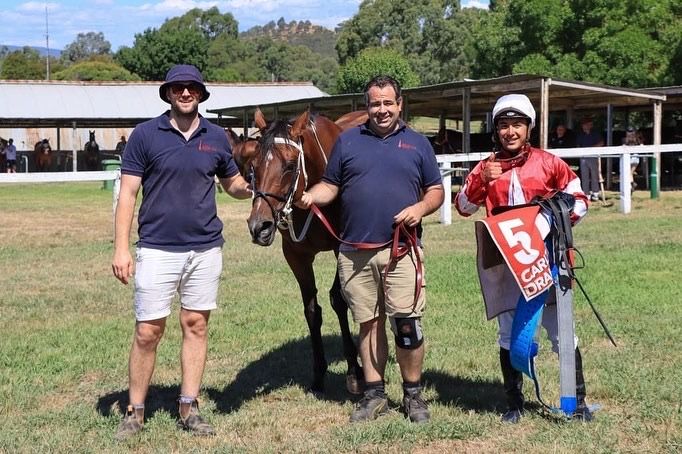 In her fourth start under Dale, the bay mare by Declaration Of War relished the rise in distance to the 2140m claiming the day’s feature race.

Rider Shaun Cooper stalked a frantic tempo set in the early and middle stages, before upping the speed at the hill and putting a definitive margin on the field.

The recent addition was purchased for $600 at the 2021 October Late Inglis Digital sale by Luke O’Connor and Andrew Dale Racing.