Andrew Dale hoping for change of luck at Narrandera 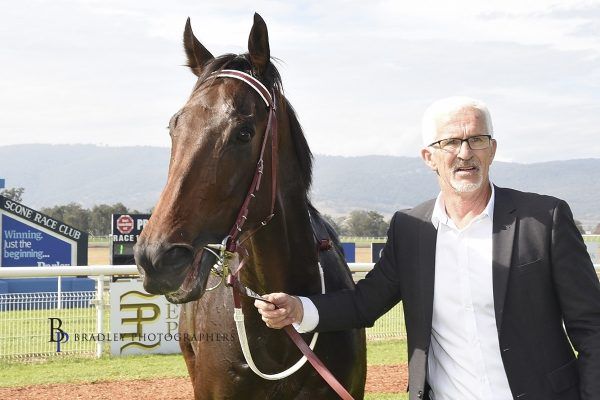 Narrandera Race Club has not been a happy hunting ground for Wangaratta trainer Andrew Dale in recent years, but he hopes that changes on Saturday when the club hosts their six-race Sky 2 program.

“I think I trained a second in the Narrandera Cup a few years back, and I won a restricted race, but typically, I don’t have much luck there.

“Narrandera is a difficult track. Horses either go there or they don’t, similar to Gundagai and Corowa, but we will be there on Saturday, and we will see how we go and hopefully we can turn it around and have some luck.”

Dale had nine horses nominated to race, but with Wodonga racing on the same day, he admitted it would come down to draws and weights, with the stable accepting with four gallopers, while three of them have jockeys named to ride.

“We won’t be going with a truck load. Wodonga are running a meeting on the same day, so we will accept and have a look at the races, and go from there,” Dale said.

The in-form Shiny Rock will contest the 1600m Class Three Tom Lee OAM Memorial Cup, and the four-year-old looks a good chance and is currently the $2.30 favourite.

The Fastnet Rock gelding was a strong winner three starts back when taking out a 1590m Benchmark 58 at Wangaratta on July 2 before running down the track at a rain-sodden Albury on July 12, beaten eight lengths by subsequent Highway Handicap winner, Dubai Centre in a 1500m Benchmark 58 Handicap.

Last start, Shiny Rock was back in the winner’s circle, taking out the 1600m Benchmark 58 Handicap at Corowa, being subsequent last-start winner Stonefield (second) and Highway Handicap winner Sumdeel (fourth).

“We will go the Class Three 1600m with Shiny Rock, and it looks a nice race for him,” Dale said.

“He won at Corowa, and the horse that ran second (Stonefield), we bought him after that run and he came out and won by five lengths at Wangaratta on Monday, and Sumdeel was in that race too, so there is a bit of form around him.”

Billy Owen, who has won twice on Shiny Rock, has taken the ride and punters looking to be rallying by the dynamic duo.

It is a big day for the Narromine Race Club, and the six-race-program has attracted good interest, with 73 acceptors on the Sky 2 program, which doubles as the TC Lee OAM Memorial Race Day.