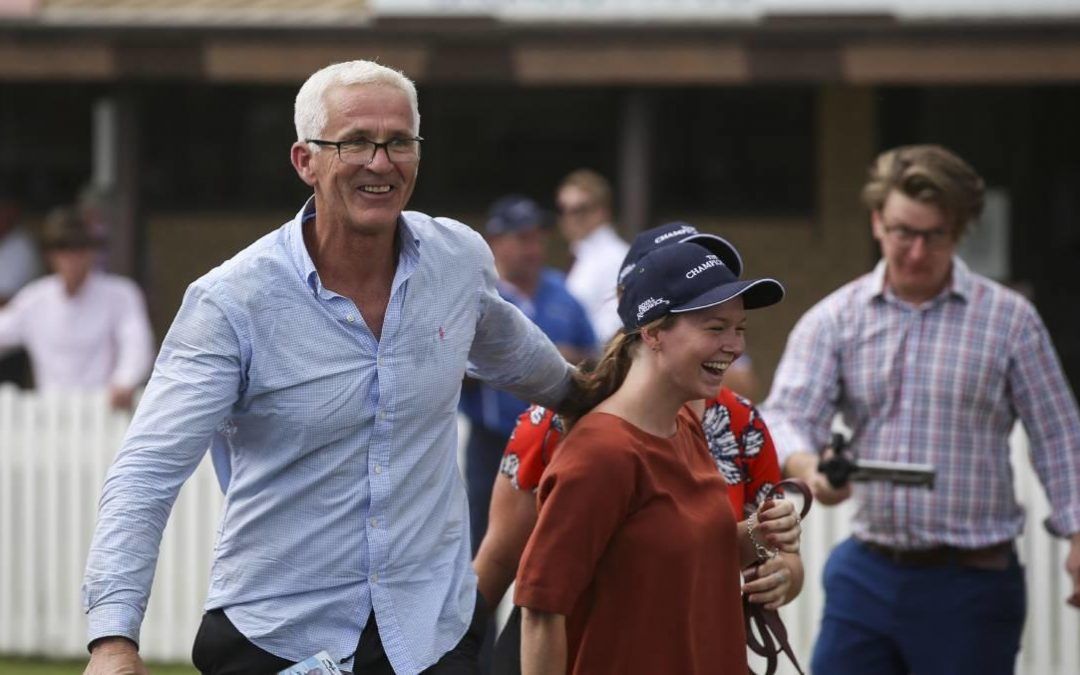 Border trainers Kym Davison and Andrew Dale have given their chargers strong chances in their first Wagga Gold Cup campaigns.

Davison’s Overdue drew barrier eight for Friday’s feature race, while Lautaro will start from barrier one for Dale.

Lautaro has had a three-race preparation for the meet, including two races in the NSW Country Championships where it won its heat in Albury, as well as a sixth-place finish at Wagga’s Murrumbidgee Cup last month.

Dale has rated Lautaro an excellent each way chance, even without regular jockey Nic Souquet, who couldn’t ride the weight at 54-kilograms, opening the door for local export Brodie Loy.

“If Nic could have been able to ride 54, he would have retained the ride, but he can probably only ride 56 anyway,” Dale said.

“Brodie is originally from this way, he’s a super bloke and his brother is a track rider at Albury.

“I’ve got a lot to do with Brodie and the family and they’re great people.”

While barrier one wasn’t Dale’s first preference, he was still very happy with the draw.

“If you could pick a barrier, I wouldn’t have picked (barrier) one for Lautaro because he’s a big horse that needs to get out and get some clear air and clear space,” he said.

“Put it this way, it’s much better than being drawn right out where you have to go back to last.

“I think it allows him to get a nice run in transit and hopefully some luck comes for him in the straight.”

Dale admitted Lautaro was a fraction unlucky in its last start at Wagga, but knows the Wagga Cup is a huge rise in class.

“I’m very respectful of the fact that it’s a listed race and he’s in the toughest race of his career,” he said.

“It’s a big thrill to have a runner in one of the big staying races in the region.

“When you’re training in the small country areas, to have a runner in a listed race to me is a great achievement.

“To be super-competitive would be tremendous and I’ve ticked the first box.

“The plan was to get him here fourth up and we did, the preparation has been really solid, he’s fit, we’ve drawn a good barrier and we’ve got a great, young jockey in Brodie Loy.

“He’ll get every chance and if he’s the progressive horse I think he is, I think he’ll be really competitive.”

Davison said Overdue should be able slot into the second half of the field.

“He always gets back in the race, instead of being right back like last year, he might get a little bit closer, we’ll see how the race pans out,” Davison said.

“The horse was disappointing last start, but he’s missed out on a bit of work because we had him in at Gundagai and that meet got called off.

“We travelled up there and it just threw our plans out a little bit, so he was most likely a little underdone last start.

“If he performs like he did at Albury, he’ll put himself in the race.”

Kayla Nisbet rode Overdue last start and is again on board.

Davison added because there are so many highly-rated horses without much weight in the race, it makes the task even more difficult for the likes of Lautaro and Overdue.

“You’ve got to be in the race to be a chance, so we’ll just see what happens,” Davison said.