Celebrations to be huge with Corowa Cup victory 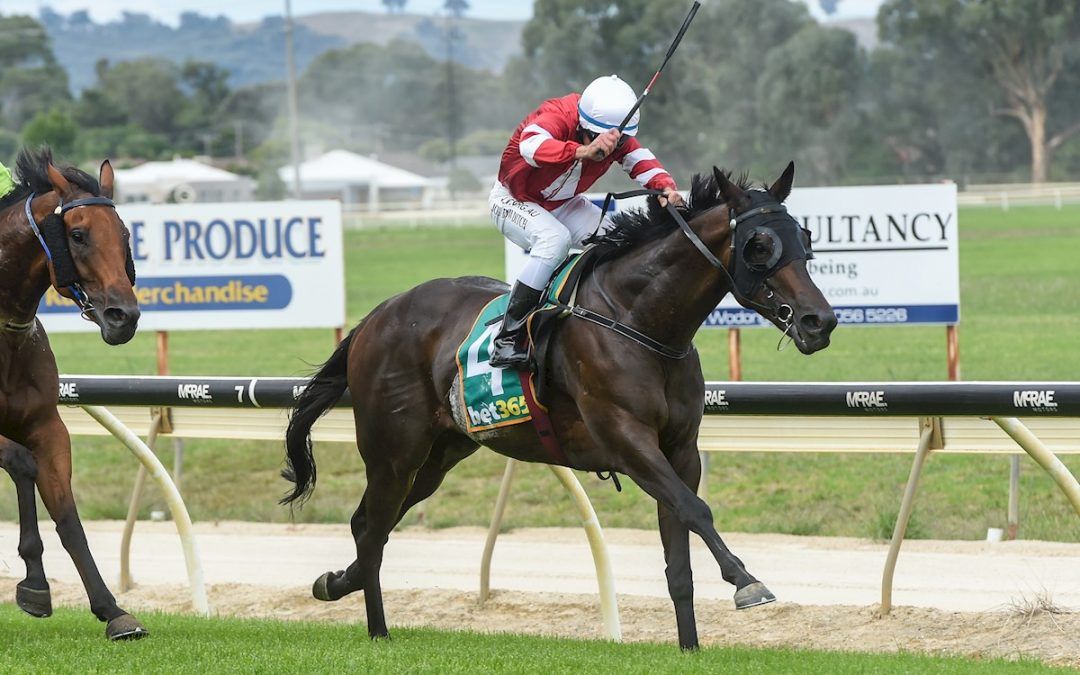 The celebrations will last for days if Suburbia can claim the $35,000 Naughtin Development Group Corowa Cup (1600m) on Saturday.

Suburbia goes into the feature race in peak form following a victory at Wodonga and second at Kilmore plus he drops in the weights by 6kg on those races.

Trainer Andrew Dale couldn’t have Suburbia any better as he tries to capture his first Corowa Cup with leading jockey Joe Bowditch in the saddle.

“Joe is a Group 1-winning jockey with a lot of experience so it’s a big advantage to have him riding the horse,” Dale said.

They will combine in six races at the Corowa Cup meeting which has been held on a Saturday for the past few years away from the traditional Sunday date.

This has resulted in a clash with the Towong Cup where some of the Corowa Cup accepted horses are also entered. Dale will definitely start Suburbia at Corowa as the five-year-old has a strong local following.

“One of his owners Adrian Grantham is the president of the Corowa Club plus there are other owners from Corowa and Rutherglen,” he said.

“It’s really exciting to have the horse racing in the Corowa Cup for them.

“I have won races like the Towong Cup and Berrigan Cup, but never had a runner in the Corowa Cup so hopefully he can run a big race for his connections – some of whom are first-time owners.”

Suburbia was purchased for $15,000 as a maiden by the Dale stable and has won four times earning over $80,000. Dale feels a return to 1600 metres has boosted the confidence of Suburbia through his recent displays after struggling at 2000 metres.

“He was only just beaten last start and the third horse was seven lengths away. He carried 62 kilograms at his last two starts and goes to 56 kilograms with a very good jockey to ride,” he said. “He is going up in grade, but down in weight.”

Suburbia has raced 13 times at a mile for a win and eight placings and should position ideally from gate four.