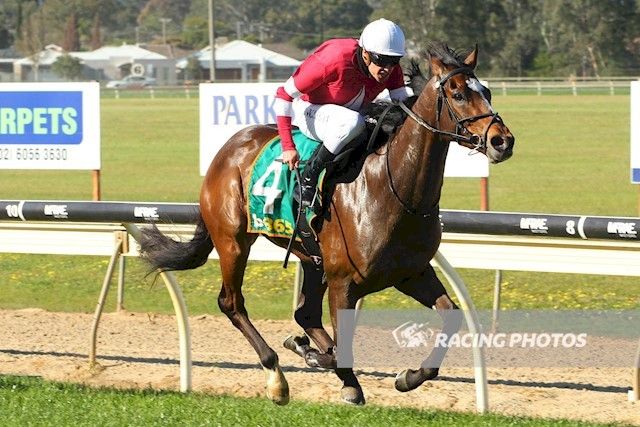 Valour Elite has claimed his first scalp for the Andrew Dale Racing stable taking out the Benchmark 58 Hcp (1200m) at Wodonga today.

After showing strong form in the early part of his campaign, Valour Elite was aided by a good barrier (1) and quality hoop in Billy Egan who steered the gelding home by a length and a quarter.

A now four-year-old, Valour Elite was originally a $350,000 yearling purchase at the 2018 Gold Coast Magic Millions Sale, coming from the champion stallion Snitzel out of the mare Bondi Blond, producer of Group 1 place-getter Bondi who was exported to Hong Kong.

The stable is having a great run with Inglis Digital purchases with Tycoon Dreaming a last start winner a week ago while Suburbia has also shown great promise early on.

After syndicating a large portion of shares to Wangaratta locals, Andrew Dale said he was thrilled for the Valour Elite ownership group who didn’t have to wait long for a first win.

“We have a great group of people involved in the horse and we will be hoping for a few more wins, like this” he said.

“Barriers, quality jockeys and the track play a huge role in performance and we got the recipe right today.”

Hope you took the early place odds for Tour Down Under… 👏 @themodernpunter is having a nice day at the office. pic.twitter.com/WRmDVWJVL0