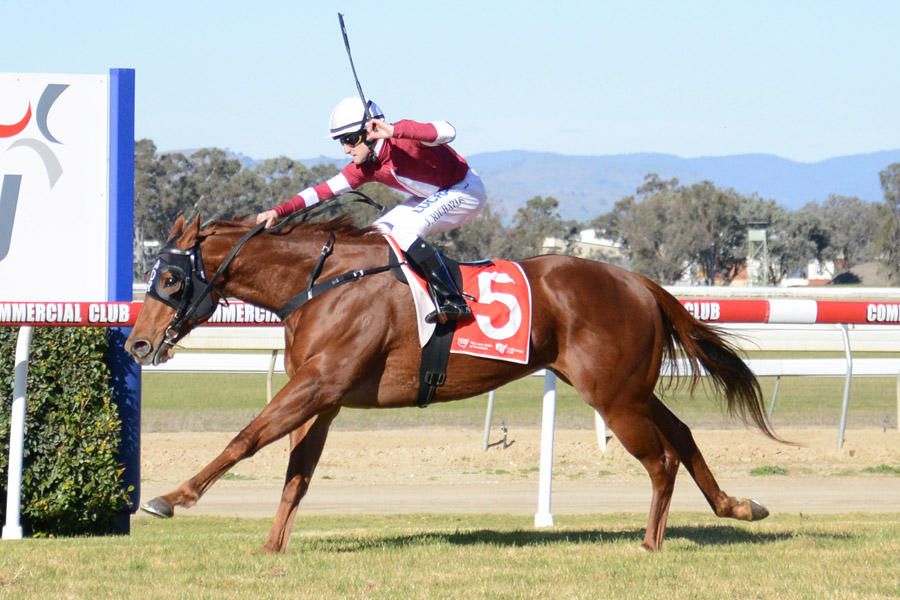 French Politician returned to the winners list on Tuesday taking out the Class 1 – 1400m Handicap at Albury.

The five year-old gelding was a deserved winner after showing consistent form this campaign.

It was another good ride by apprentice jockey Josh Richards who rode French Politician to two placings in his three previous starts before Tuesday’s win – his second for Andrew Dale.

“I think we have found the key to him with his training, there’s no doubt he is suited on rain affected surfaces,” Dale said.

“He has a low rating, so we have been able to place him below the minimum weight and he seems to be responding.”

Dale now has 13 winners this season, a career best mark, and still with two weeks remaining in the racing year.

Recent purchase Gagosian also pleased in his first outing for Dale on the same day.

“He’s a horse we are pretty excited about and we’re having a lot of luck with friends supporting us,” Dale said.

“He needed the trial and should take good fitness benefit from it.”