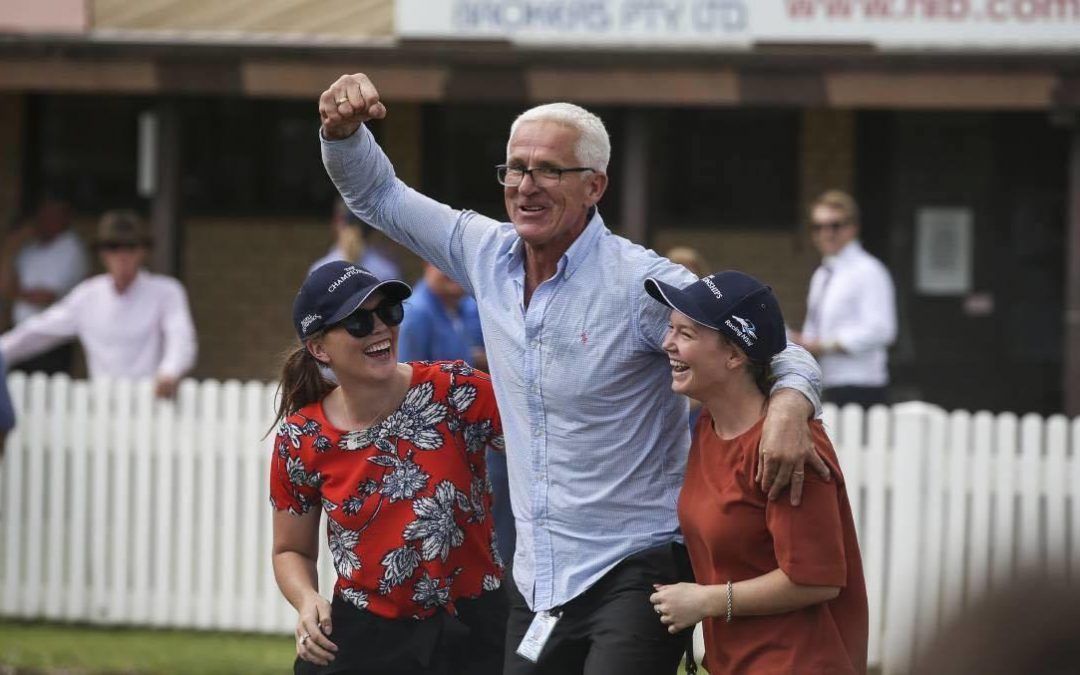 ALBURY trainer Andrew Dale will be forced to reshuffle autumn plans for Lautaro after booking a berth in the $400,000 NSW Country Championships final on Sunday.

Dale, who is only into his third season as a trainer, captured the biggest win of his short career when the five-year-old snatched a thrilling first-up win in the Southern Districts qualifier at Albury.

Joining Lautaro in the Randwick final on April 1 will be Wagga-trained Forever Newyork.

The up-and-coming three-year-old trained by Gary Colvin was pipped on the line with the $3.50 favourite Challenge Accepted a close-up third after finishing fourth 12 months ago.

Due to the Albury track upgrade Dale had the Wagga Gold Cup in May as the main autumn mission for Lautaro.

But he was quietly confident of a bold-up first up showing in the SDRA championships qualifier.

“We haven’t been on the track for 10 months so today is just a tremendous result.

“They say the good stayers sprint well fresh and he did that today.

Lautaro was ridden by Nic Souquet who shared the trainer’s pre-race confidence after a strong workout against stakes winner Lord Von Costa leading up to the qualifier.

“His work leading up to this has been nothing short of sensational,” Souquet said.

“He has been running black-type horse like times on the track.”

Lautaro started a $21 chance in the championships qualifier and is considered a $26 chance for the final.

Lautaro was one of the first horses to enter the Dale stables when he obtained his training licence.

He has won five races in Dale’s care with the championships heat clearly the biggest to date.

Dale has produced winners at the previous two Albury Gold Cup carnivals and also won the Towong Cup the previous weekend with Little Red Devil who finished mid-field in the Albury Mile.

Dale’s other country championships entrant, Lawton Joseph, was scratched, but could bob up at the Gold Cup meeting on Friday.

The rookie trainer paid tribute to his staff and family including eldest son Frazer who is working alongside him at his Albury stables after previously working for David Hayes in Melbourne and Lloyd Kennewell in Adelaide.

“In racing you need people who have got your back and my son has got my back,” he said.

“I also want to thank my wife (Heather) for all the work she puts in behind the scenes.”

Colvin said Forever Newyork, who began his career late last year with back-to-back wins, would be improved for the run.

“We’ve thrown him in the deep end today,” he said.

“He will improve heaps on that and second-up he was really good last preparation.”

The revamped Albury track was given the thumbs up by jockeys, trainers and stewards.