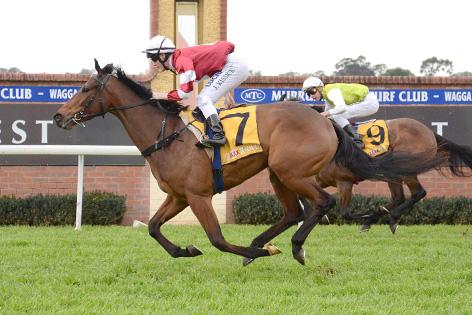 Andrew Dale expects Little Red Devil to improve in his next start, after finishing seventh at Albury on Saturday.

The seven year-old gelding working well to the line in the Benchmark 65 Handicap (1400m) finishing 3.7 lengths back.

Having never placed first up in eight preparations, Dale said a mid-field finish was a pleasing result.

“Overall, I was very happy with his effort as it went just how I thought it would play out,” he said.

“He improves significantly after his first run each campaign and his second up record is very good.”

LRD will have two more weeks of solid work and then target races around Melbourne Cup Carnival time.

“He pulled up a treat from his run at Albury which is great,” Dale said.

“The key now is to be patient to find his next two races to ensure we are well placed, well weighted and on the right track with the right conditions.”

Dale said Lawton Joseph has recovered well from his solid third in the Class 3 Handicap (1600m) on Saturday.

Lawton Joseph has two placings this campaign after winning at Corowa on September 15.

“Initially when the race was over I was a touch disappointed but after watching the replay many times over and talking to Jake Duffy I feel that we can take confidence from it,” Dale said.

“The tempo of the race did not suit our horse as the winner was very well rated and got some cheap sections mid-race, her fitness (5th up) and the weight relief was also a factor.

“The fact that we were 28 days between runs told towards the last 200m of the race.”