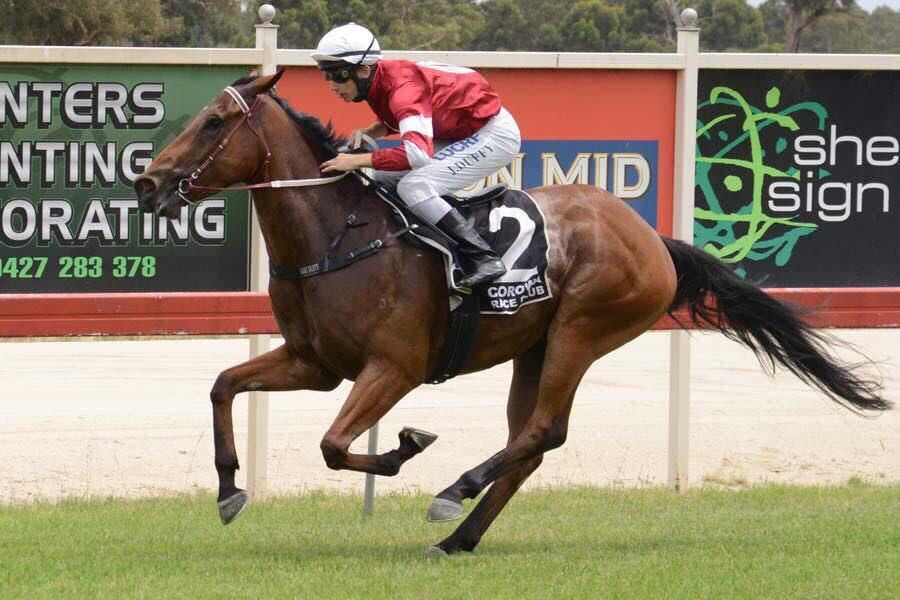 The talented but quirky Framework recorded his second career win at Corowa today scoring in the 1200m Class One Handicap.

It was just his sixth career start as the four year-old gelding has proved to be a difficult task for trainer Andrew Dale.

“He’s a real handful around the stables and for our riders at home, but he’s always shown potential” Dale said post-race.

“It’s taken us a while to get on top of his education and his manners, but they were a lot better today.”

Dale said he thinks Framework will be a 1400m horse with time.

“The slower tempo will allow him to get a nice roll in front,” he said.

“He’s the type of horse that we will have a crack at next year’s Country Championships with.”