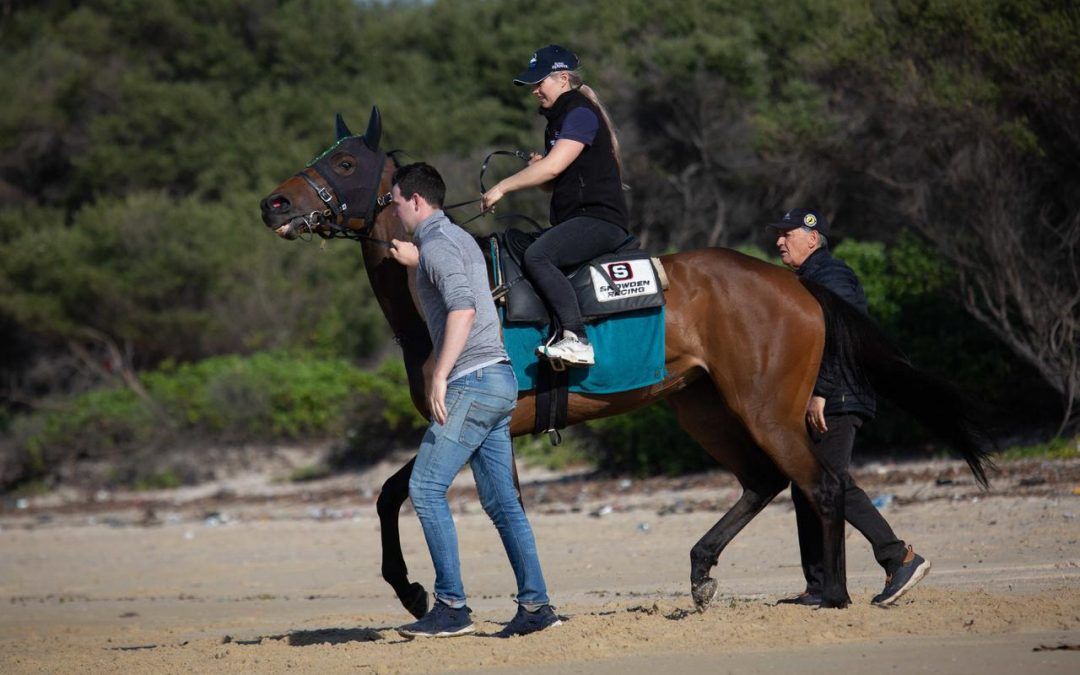 FORMER AFL player Frazer Dale has turned his back on football to pursue his passion for racing.

Dale recently landed his ‘dream job’ and is racing manager for the powerful father-and-son training duo of Peter and Paul Snowden.

“I started six months ago and initially met Peter when I was doing my racing steward cadetship,” Dale said.

“Once I finished my 12-month cadetship I approached Peter and told him about my passion to become a horse trainer in preference to being a steward.

“I started the job the following week after talking to Peter and it’s been full-on since.

“It’s a massive commitment with 3.30am starts to around 10am. Then you have to come back for a few hours in the afternoon.

“Then you have to go to the races at least twice a week to saddle-up.

“It’s been a great learning curve and something I’m prepared to devote to for the next two to three years and see what unfolds.”

Dale played two senior games for Carlton in 2012 and last played for Myrtleford in 2017.

He had last season off football as he completed his racing steward cadetship.

The 25-year-old said his passion for racing made it impossible to play football in the near future.

“I’d like to stay in the role I am now for at least three years,” he said.

“Learning off one of the country’s finest trainer’s is a once-in-a-lifetime opportunity and I’d be mad to throw it all away for a game of football.”

Dale said the main reason he initially did the racing steward cadetship was to open doors in the industry.

“I more or less used the cadetship as a stepping-stone to the role I’m in now,” he said.

“I knew a lot of successful people in racing had taken the same path of first becoming a steward then going on to be racing managers and trainers.

“People like Adrian Bott was a steward and is now co-trainer with Gai Waterhouse and Liam Prior was also a steward and has been the long-time racing manager for Chris Waller.

“Being a steward is often a springboard to launch a lot of careers in racing because it gives you a good grounding in a lot of different aspects of racing from the rules, how to watch a race properly and look for interference and covers a broad spectrum of the industry.”

While the ultimate goal for Dale is to become a trainer, he is fully aware you have to learn to crawl before you can walk.

“I’d love to become a trainer and ever since I finished playing AFL football, it’s all I have wanted to do,” he said.

“I feel when it comes to racing, I pick up things quite easily but most other things I have tried, it doesn’t come naturally to me.

“Being around horses is what I’m passionate about and it’s what I want to pursue for the rest of my life.

“I know I’m still a long way off becoming a trainer but I’m confident on the right track.

“I just can’t thank Peter and Paul Snowden enough for the opportunity they have given me and I feel I am living my dream.”