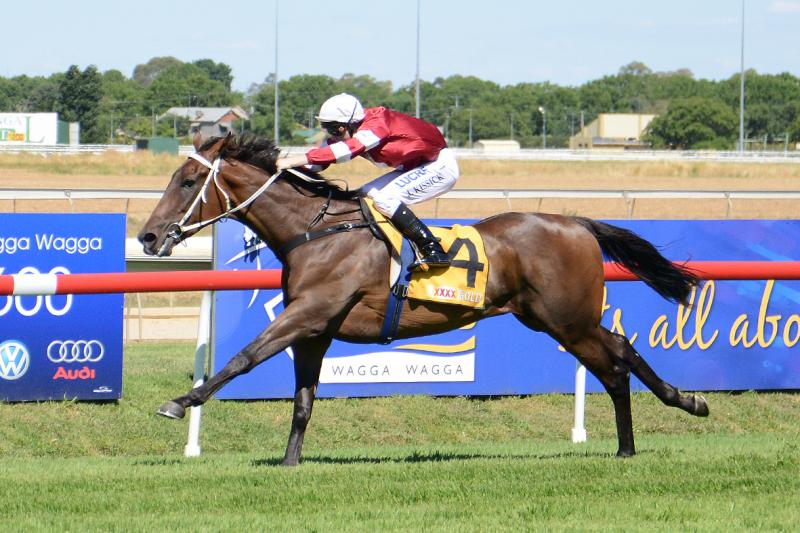 Promising stayer Lautaro returned to the winners list at Albury Racing Club on the 16th of June recording his fourth win from 13 starts in the Benchmark70 1600m. It was his third win for trainer Andrew Dale in 5 outings.

Purchased from Kevin Myers in Wanganui New Zealand, Lautaro arrived in October 2015 at Dale’s Albury Stable. The lightly raced son of Don Eduardo has hardly put a foot wrong since arriving, winning two races at Wagga over the 1800m in late December and early January he was very impressive stepping up to the mile and a quarter and outstaying his opposition.

Dale immediately sent the horse to the paddock knowing that he may have an above average stayer with huge upside if managed and programmed well.

He then bought the horse back into work in early February and he resumed racing with a nice first up effort at Wodonga Turf Club on May 27th in the unsuitable 1400 meter Benchmark 78 which has since proved to be a strong race form race.

Lautaro quickly stepped up to the plate again at Albury Race Club last Thursday winning over a mile, second up for jockey John Kissick who gave him a lovely run in transit from the wide barrier. He carried 61 kilograms on the heavy 10 conditions giving 7 kilograms to the eventual second place getter Hargy who was bold in defeat. He opened the $1.80 favorite and he didn’t let his backers down winning by a half-length and drawing away on the line.

John Kissick has ridden Lautaro to all three of his wins in Australia stated after the race “ I thought the win was super, he was tough, we carried the big weight and fought off the challenger all the way down the straight, it was a gutsy effort. He keeps improving with every run. There might be a mid week race in town for him this preparation and with time he could be an Albury or Wagga Cup horse “.

The future looks bright, there is sure to be some exiting times for Dale and his big group of connections. Dale has elected to give the horse some time between runs to recover from his win and to plot the next obstacle for Lautaro.