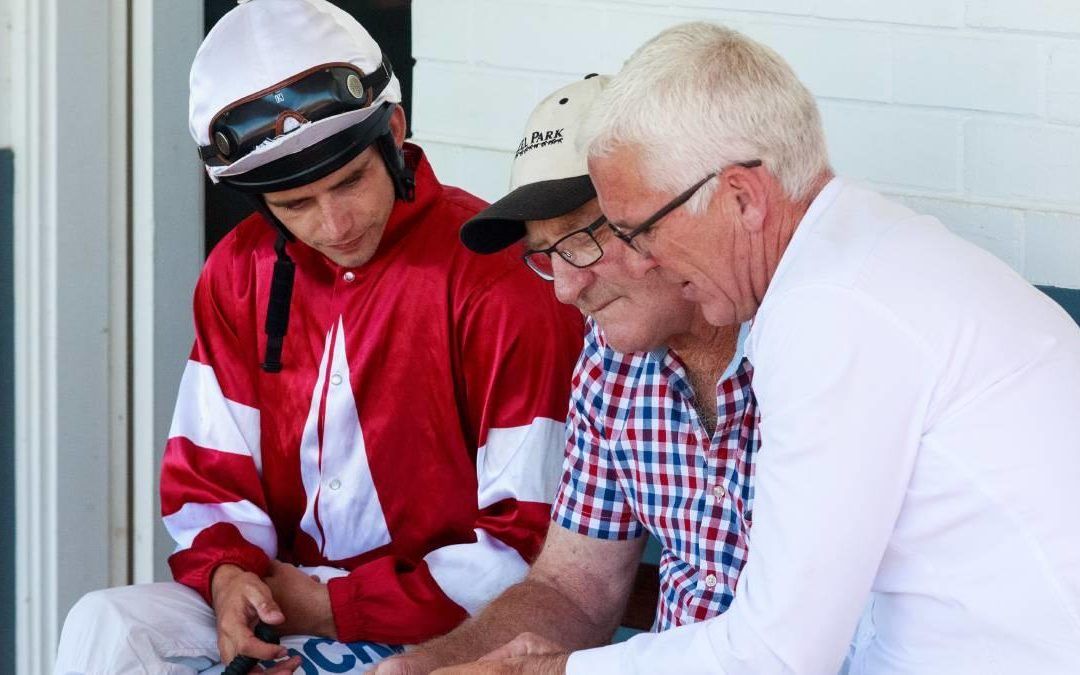 The pre-race favourite ($2.50) made a dashing run up the inside to hold off Stephen Aldridge’s Sawnhilde by less than half a length, with the Robert Linnell-trained Purple Crown two lengths back in third.

Dale watched on nervously and was relieved to see jockey Jake Duffy guide the seven-year-old to its second win in 15 days.

“I thought maybe the run wasn’t going to come, but it came at the last minute,” Dale said.

“Full credit to Jake (Duffy), he stayed patient and didn’t veer off his course, the run came and he poked his head through and got the money.

“We put the blinkers on him and we were hoping maybe he would try to lead, but that didn’t work out.

“Sometimes he doesn’t have the tactical speed to lead over a mile, whereas at 1800 metres they go a bit slower so he can lead.

“I was a little bit worried because he was over-racing a little bit early, but Jake got him to settle and it was then a matter of whether the run would come.

“He stuck his head out at the right time and was strong on the line.”

“You make plenty of decisions where you wish in hindsight you did something different, but this one was the right one,” he said.

“It doesn’t matter where you win, it’s tough to win anywhere.

“A win on Boxing Day is really pleasing and I’ve got some really good owners in the horse that have been really loyal.

“For him to put two together is really good to build some confidence in the stable.

“We’ve been going okay lately with three or four winners in the last couple of weeks.”

The long-term plan for Little Red Devil is to defend the Towong Cup in March.

“We got a few points in the Wagga stayers series the other day when we won that race, so we’ll probably look to go back there in the next two or three weeks and get him back out to 1800 metres,” Dale said.

“We’ll look at how that maps up into the Towong Cup in March and freshen up him again.”

However, Dale’s other entry, French Politician, found the going tough in race three over 1300m.

The four-year-old will have to wait a little longer to break its maiden after starting second favourite, before finishing fifth.

“He raced a bit flat, but I’m confident I’ll be able to get him going again,” Dale said.

“I was disappointed for the owners and connections of French Politician, but he’ll have a bit of a break now and I know he’ll come back a better horse after it.”