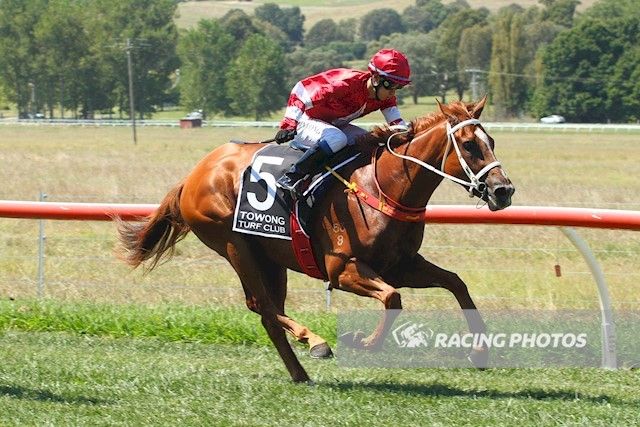 Three-year-old gelding Malabar Jack has collected his first win by claiming the Maiden Handicap (1200m) at Towong on Saturday.

Malabar Jack was one of 15 runners turned out by the Andrew Dale stable on a busy day at Towong’s annual race meeting.

Leading all the way for apprentice Qin Yong, Malabar Jack was successful by three quarters of a length.

“It was a nice win from a horse who still has a lot of maturing to do,” racing manager Frazer Dale said

“He’s had some mixed results with bad luck in races but today he’s shown what he can do.”

Malabar Jack was purchased by Mitchell Bloodstock at the 2017 Inglis May Yearling Sale for $16,000 after being offered by Bowness Stud in Young, NSW.