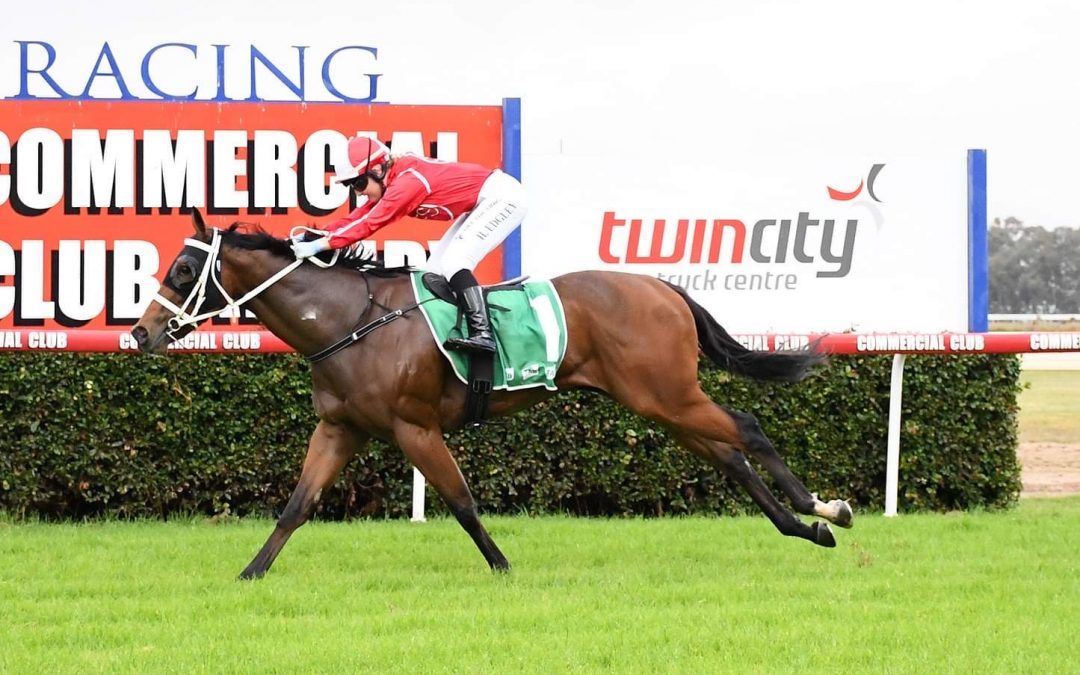 Mojo Music has won for the second time in his career, doing so at Albury earlier this month.

It was a case of third time lucky for Mojo Music as the three-year-old gelding claimed the Class 1 Handicap (1000m) on May 13 after second place finishes in his previous two starts.

The two-and-a-half length victory was also Mojo Music’s first win at Albury after several near misses in his first five runs there.

Racing manager Frazer Dale said it was another good performance from Mojo Music on a heavy track.

“He really thrives on a heavy track and has won or placed in all four starts in those conditions,” he said.

“He went in as a short-priced favourite and Hannah Edgley did a great job to secure what was a fairly comfortable win.”