Namarari leads all the way in Leeton Cup 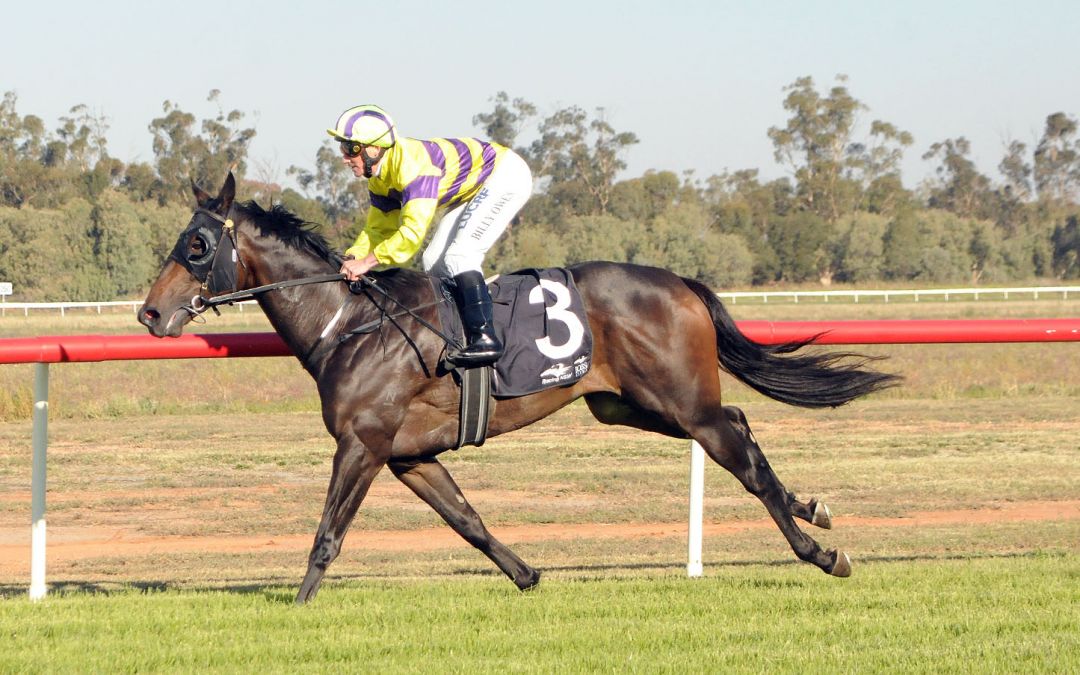 Ridden by Billy Owen, Namarari shot six lengths clear going into the back straight before coming away with a two and half length victory.

“He loves to be out bowling along at his own tempo and when he’s not hassled, he’s always going to be hard to beat,” Andrew Dale said.

Namarari has been a model of consistency since joining Andrew Dale Racing in November 2020, winning three times, and placing on five other occasions.

Dale also made mention of some skilful farrier work that has gone on behind the scenes.

“Our farrier Jordan Arbuthnot has done a tremendous job keeping this horse up and racing, his feet aren’t the best so there’s been a few headaches,” Dale laughed.

Namarari was the stable’s second winner in the Coprice Leeton Cup with Biding Time claiming the feature event in 2018.

The win also sees the Dale team surpass last season’s tally of 15 wins with plenty of racing still to come in the 2020/21 campaign.

Meanwhile, Diss ‘N’ Dat collected his first placing for the stable, finishing third in the final race of the day.