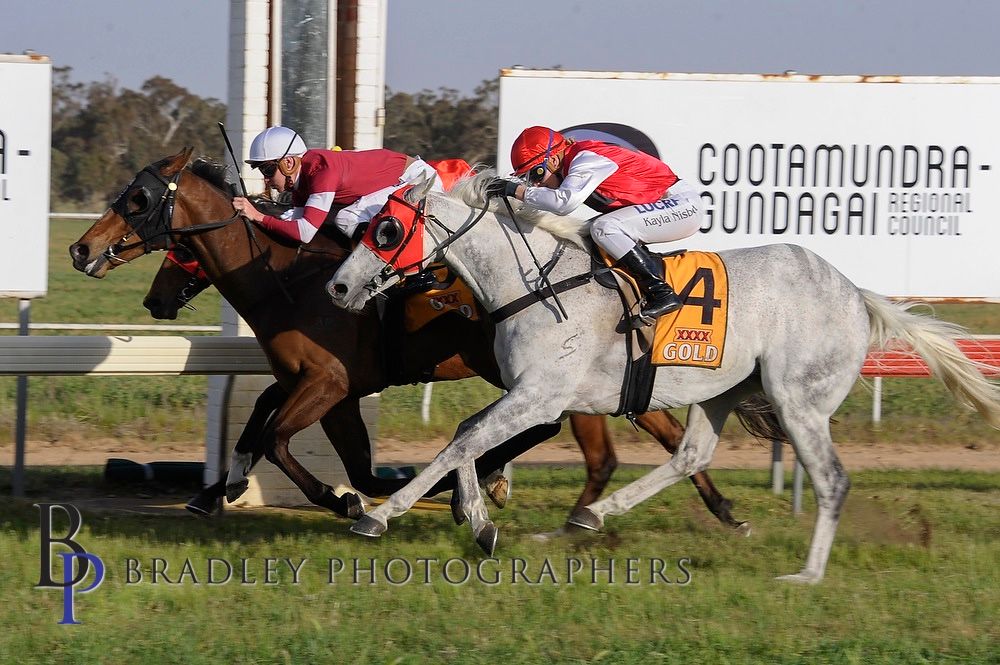 Parliament has delivered another Country Cup for the Andrew Dale Racing stable after the five-year-old claimed the feature race at Cootamundra yesterday.

All three horses entered the final straight at the front of the field with a Blaike McDougall ridden Parliament edging clear 50 metres from the line.

The win was Parliament’s first since May 24 when he saluted in the Benchmark 70 in Canberra with Sunday’s result improving his Australian record to five victories in nine starts.

Following a strong trial at Wodonga early last month, Andrew Dale said he was confident it wouldn’t be long before Parliament returned to the winners stall.

“After the way he started with us winning four of his first five and the last three in his first preparation you’re just hoping he can go on with it” Dale said.

He had a couple of fourths in July and August so we just needed to stick with it and eventually we knew another win would come, so this is good for the confidence.

“Every win is nice, and Country Cups are always enjoyable days on the calendar so well done to everyone involved including Blaike on another strong ride.”