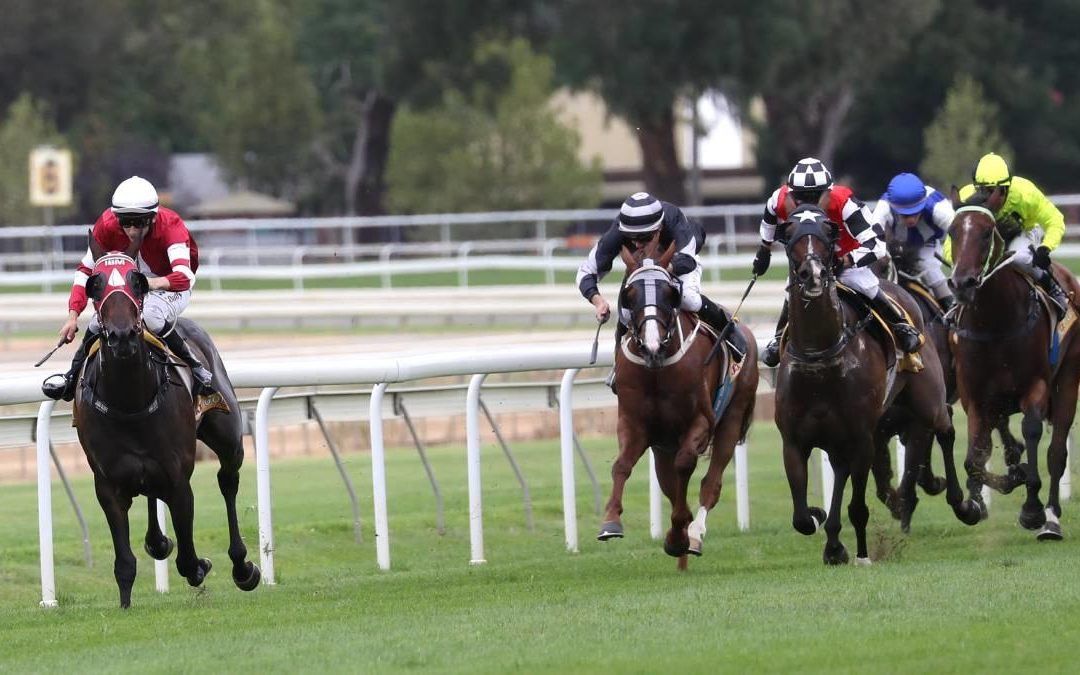 TRAINER Andrew Dale wants jockey Jake Duffy to play to Lawton Joseph’s strengths and use the gelding’s brilliant burst of acceleration in the Class 3 Handicap (1400m) at Wagga.

“I’ll be telling Jake to hold up Lawton Joseph for a 300m sprint,’’ Dale said.

“My read on this horse is that he has a nice, short, sharp sprint — you don’t want to be making a long run on him.’’

Lawton Joseph is a noted backmarker who needs a genuine speed upfront to provide an opportunity to produce his best. Dale believes the gelding will get suitable conditions on Tuesday.

“This horse is very ‘tempo related’ and he should get that with the big field (14 runners),’’ Dale said.

“His run in the Country Championships Qualifier, when he ran second to O’ So Hazy and Bennelong Dancer, was huge. He ran seventh and was only about a length from the winner.

“The form out of that race has been very strong with O’ So Hazy running third and Bennelong Dancer fourth in the Country Championships Final (won by Victorem) at Randwick.

“Then he had no luck at Albury (seventh to Informertial) before his Canberra run, where he was ninth of 10 but the race was run at a moderate tempo and turned into a sprint home.

“The track opened up that day and they had to get to the outside, which made it even harder for the horse

“He’s pulled up well, he is back at Wagga on a dry track, which he prefers, and he should get the race run to suit him. So I expect he will run very well.’’

“I’ve managed to secure Lee Magorrian to come down and ride my two in the apprentice (only) series races,’’ Dale said.

“I thought if we are going to run, we want to try and find the best available. Fortunately, Lee has agreed to ride both horses.

“Arthur Porrit had 34 days between runs going into Gundagai last start, where he drew out and seemed to knock up late.

“That run has done him an enormous amount of good and although he has drawn wide again, hopefully he can roll forward and settle closer. He needs to improve but I’m sure he can.’’

Dale has only had Leica Bita Magic for one preparation, with the chestnut winning his maiden at Wagga and not finishing further back than fourth in his five starts. “We’ve been waiting to get him to the mile (1600m) and in a race where there should be good speed, which should be the case (today).

“In these apprentice series races, they do tend to run along a bit so that gives Leica Bita Magic his chance.’’

Dale nominated last-start Gundagai winner Chayanne as the horse to beat. “I’m hoping Leica Bita Magic can get on to the back of Chayanne and follow it through the race. I don’t think there is much between them.’’