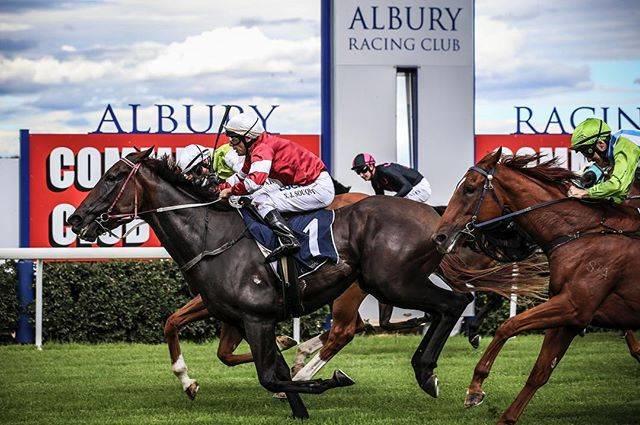 The five year-old will be looking to build on his recent good form when he contests the Benchmark 55 (1600m) in race six.

He will start from barrier three with leading apprentice Patrick Scorse booked to take the ride.

Ineligible to contest the Class 3 1800m Highway at Randwick this weekend due to time spent with Melbourne trainer Saab Hassan, Andrew Dale said Lawton Joseph will face a strong field on his home track.

“To be able to walk a horse across the road and race on a first rate track such as Albury is a bonus that sometimes we all underestimate,” he said.

“Canford Calling was impressive last start and has won his last two, Miss Polly Beat won her maiden by six lengths and then you throw in Chew Toy and Financial Miss as the next best in a competitive race.

“Lawton Joseph is now third up and is 13 days between runs and is a much fitter horse going into Saturday with the 1600m under his belt two weeks ago.

“We do rise 2kgs in weight but we have drawn low and his work on Monday morning gives us a lot of confidence.”

French Politician will be ADR’s first runner of the day, starting from gate one in race two while Pacific Tycoon will step from barrier two in race five.

Both will run over 1175m with French Politician (57.5kgs) lining up in the Maiden Handicap and Pacific Tycoon (56kgs) the Benchmark 65.

Jake Duffy will pilot the geldings.

“Pacific Tycoon is up in class but down in weight and this run on Saturday should really top him off for his target race at Albury on Oaks Day on November 9,” Dale said.

“For French Politician I‘m hoping the bigger track and the fact that he can balance up in the straight will really suit us.

“Both Corowa and Cootamundra are tight tracks that probably didn’t suit our horse in his first two starts this preparation.”