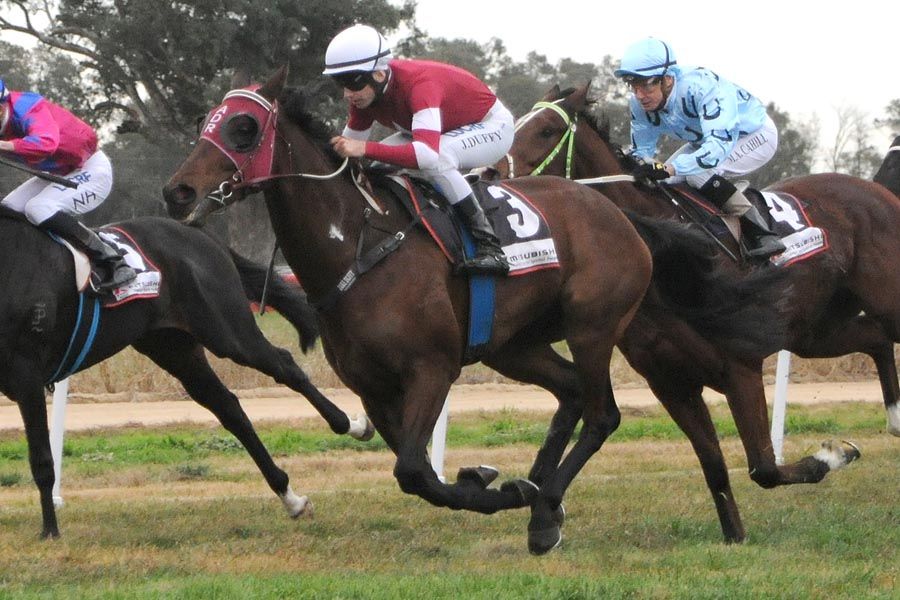 Andrew Dale has completed his most successful training season yet.

While he couldn’t add to his win tally at the final Southern Districts meet at Albury on Tuesday it was still a sensational campaign in which he reached and surpassed 50 career victories.

The 2018/19 season saw Dale train 19 winners, the total topping his previous best mark of 14, which he achieved 12 months earlier.

He now has 10 or more wins in three of his four full campaigns, the first of those was a 12-win year in just his second season.

Parliament was his most outstanding horse delivering four wins – saluting on debut before going on to triumph in three straight races after a third place finish in start number two.

Dale also set a new career mark for starts with 127, it was 46 more than last year and the first time he had saddled up more than 93 runners.
For the season Dale had a win rate of 14 percent while placing in 36 percent of races.

Not surprisingly, Dale nabbed more prize money than ever before too, collecting $274,335 for owners and connections.

Other notable performers were Arthur Porrit who had three wins over a four-race period early in the season while Eric the Axe (2 wins) and Hurricane Jack (1 win) matched Parliament with five placings.

“It’s been a great season, to have had our most winners yet and most runners shows we are growing as a stable” Andrew said.

“The other highlight was moving into our new complex at Wangaratta in June, it may have been a quiet end to the season as we settled in, but it puts us in a fantastic position going into spring.”