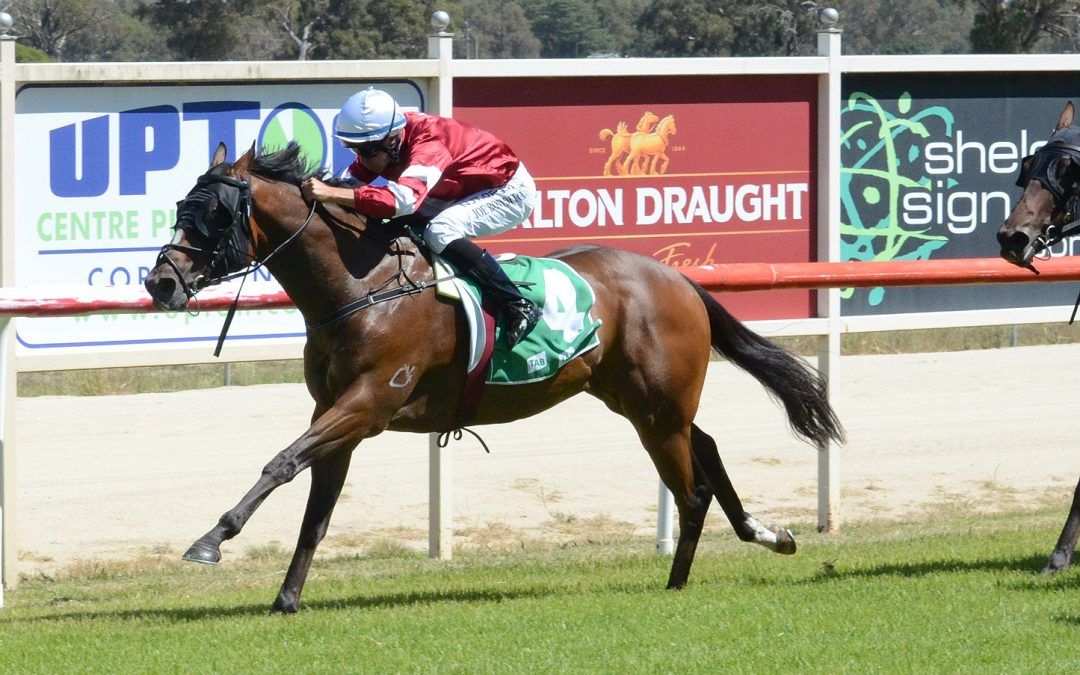 Valour Elite broke through on Corowa Cup day for Andrew Dale and connections taking out the Class Two Handicap (900m).

First up from a spell, Valour Elite led all the way for experienced jockey Joe Bowditch.

Bowditch is building a great association with the stable riding five winners this season for Dale.

“He was terrific, he had to work early, we made our intentions clear, we wanted to lead and he was tough to the line,” Bowditch said.

“I think he’s in for a great preparation and it was a great way to kick off this time in.”

Valour Elite was sensationally backed from $13 into $4.80 on the New South Wales official price fluctuations.

The stable applied blinkers on the four-year-old for the first time and elected to go into the race without an official jump out or barrier trial.

Valour Elite’s third career win was the 10th victory of the season for Andrew Dale.

The stable’s five other runners performed admirably on Saturday with Suburbia running fifth in the Corowa Cup.