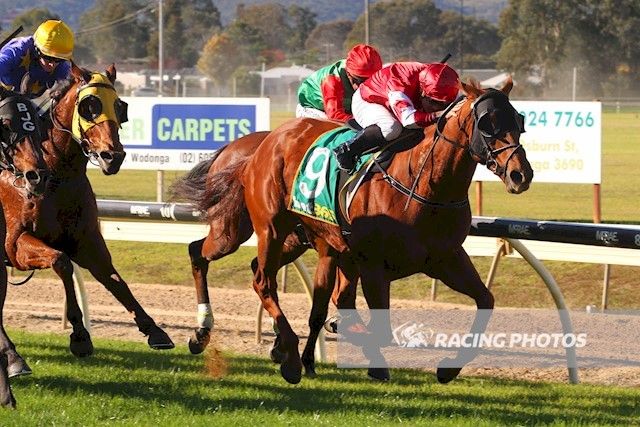 Zaberfeldie has returned a winner in his first outing for the campaign, winning the Benchmark 58 Handicap (1100m) at Wodonga yesterday.

Dean Holland partnered Zaberfeldie to victory with a supreme ride placing the gelding in a great position one out one back.

After some anxious moments in the straight Zaberfeldie sprinted well to claim his first victory for the stable since joining the team late last year.

Zaberfeldie is by stallion Zacinto who stands at Valachi Downs stud in New Zealand.

“He’s had a few little issues along the way, so it was nice to get the result today,” racing manager Frazer Dale said.

“He’s ready at the right time of year now with winter coming up, he handles wet conditions so I think will see him win again soon.”

Andrew Dale Racing just missed out on victories in races seven and eight with Suburbia and Submission running close seconds.