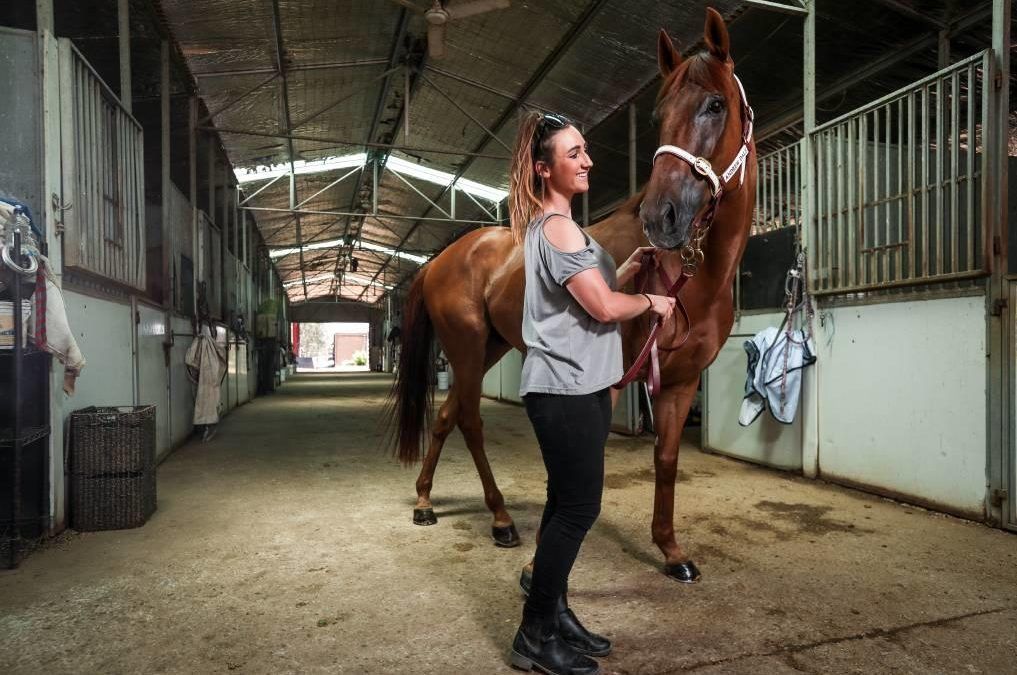 The last-start winner is contesting the Benchmark 66 (2000m).

“I had an approach from someone after the Berrigan Cup, who was interested in buying him and it just got me thinking, as an eight-year-old gelding, maybe this was the right time to sell him,” Dale said.

“I put him on (the) Inglis (digital) sales, but he was passed in, didn’t make the reserve.

“It’s likely he’ll race with me one more time.”

Little Red Devil has racked up eight wins and 19 placings in his 60 starts, clocking up almost $150,000 in prizemoney.

He suffered a suspensory ligament (lower leg) injury earlier this year and had a seven-month spell, returning with last-place finishes in his first two races back.

Dale set a time frame for the loyal campaigner to regain his form and the veteran delivered.

“You certainly have soft spots for certain horses in a stable and he’s been a great horse for the stable,” he said.

“But you also look to the future, you look to get younger horses coming in, up and coming-type horses that can hopefully go to higher and better levels.”

Little Red Devil will battle a small field of six runners in what’s shaping as his farewell to Border racing.

“He hasn’t had success at 2000m in his career, but he’s been placed on three or four occasions.

Albury will host a six-race program.