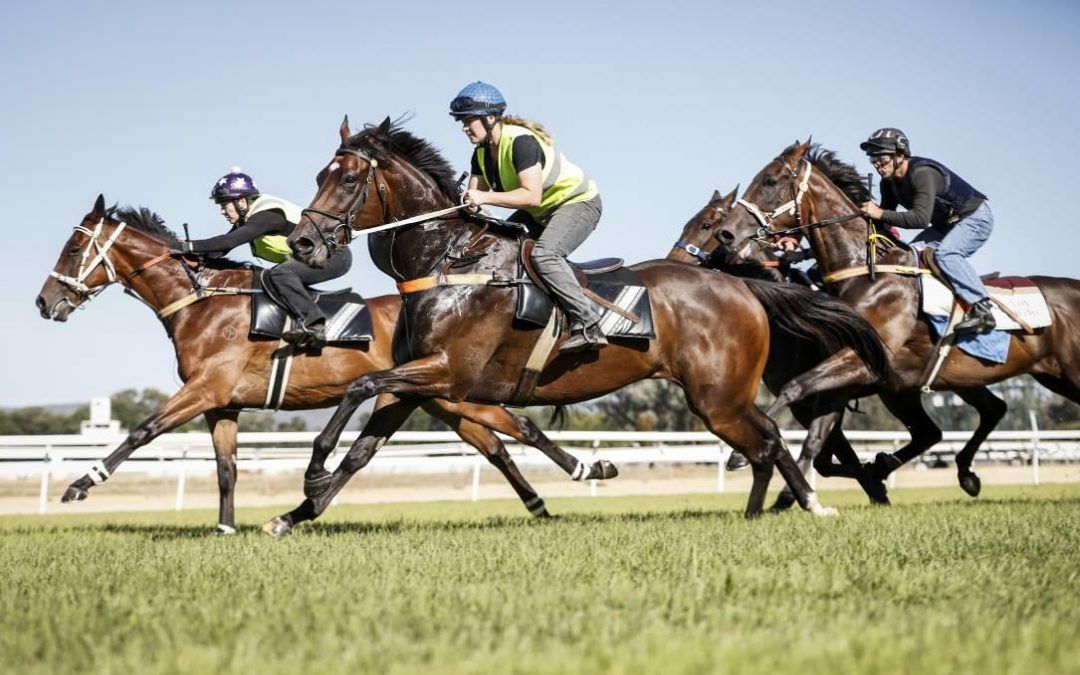 ALBURY Racing Club will press ahead with its comeback race meeting on March 4 after horses returned to the track for jump outs on the upgraded surface on Wednesday.

Three jump outs were conducted at different sections of the track which has undergone a $1.2 million upgrade since the end of last year.

“We will be taking nominations from Monday for the meeting on March 4,” he said.

“But they still want to see some gallops over it next week and make sure it is right for that one which will be the test for the carnival on March 19 and 24.”

Senior jockey Nick Souquet was one of the riders to take part in the jump outs.

“It was pretty wet this morning and you would like to see how it dried out in the next couple of days,” he said.

“It is definitely a big improvement and it will just take time to consolidate.

“The old track didn’t need a lot of rain to be bordering on dangerous.”

The track has undergone heavy watering to promote growth of new turf and also consolidate with the grass which remained in place.

The club’s most recent meeting was held in June last year with the revamped track to be put to the test for a heat of NSW Country Championships on March 19 followed by the Gold Cup meeting five days later.

A Non-TAB meeting on March 4 will provide the most accurate guide to how the track will come up for the carnival.

Albury trainer Andrew Dale had horses take part in the jump outs and said he can’t wait for the re-opening of the track.

“It’s been pretty difficult as you could imagine,” he said.

“We still got to the races with the knowledge our horses aren’t at their peak.

“Consequently when you are coming up against the big stables like David Hayes and Darren Weir you are behind the eight-ball.

“But the end is in sight and it was good to get the jump outs completed today.”

Dale has horses set for the two days of the carnival including the heat of the country championships which Albury is hosting for the first time.

Fellow trainers Kym Davison, Kevin Handley and Graham Hulm were also on hand to watch their horses take part in the jump outs.

Major civil works were carried out on the back straight with irrigation and drainage improvements made to the entire track to eliminate the long-standing manual watering of the surface.