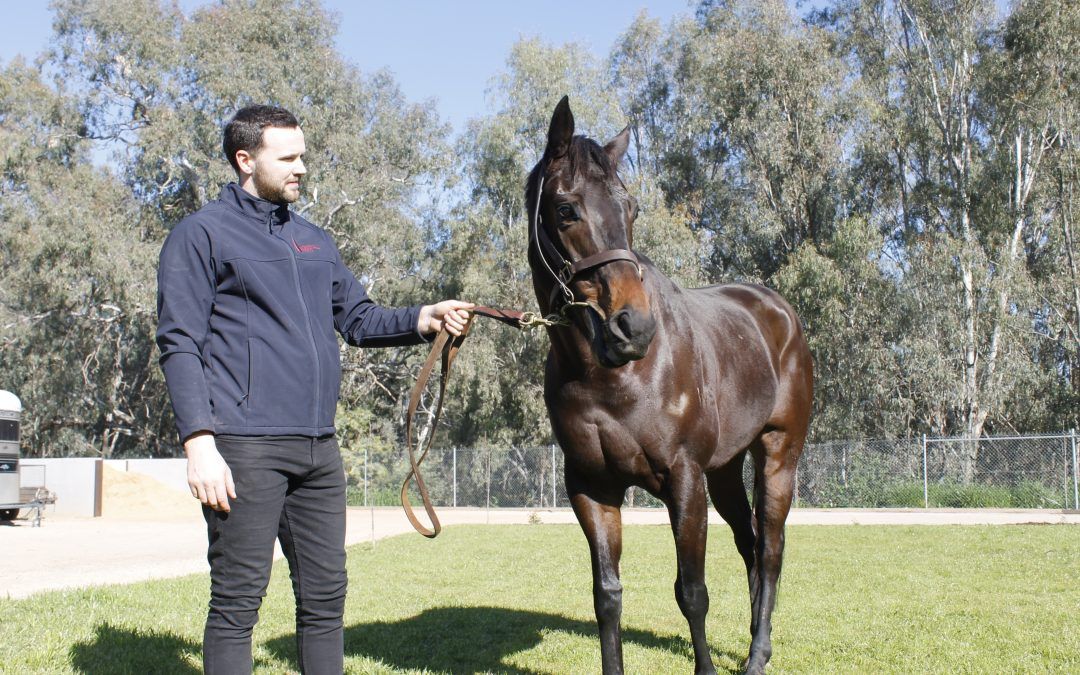 Out of Dale’s 180 individual runners, the team notched up 15 winners to be the leading local trainer with Craig Weeding next in line with 13 triumphs.

Dale, who is a Myrtleford local, made the move to the Wangaratta Turf Club last year which proved to be a great move for the team.

Dale said he was pleased with how the year panned out.

“We’re pretty happy with how the year turned out,” Dale said.

“We set a goal to train 15 to 20 winners but pulled up a little bit short but we were thereabouts on a number of occasions.

“We trained 20 winners last year and 15 winners this year so the consistency is there which has been pleasing.

“When you consider we were settling in to a new stable it was a pretty successful season.”

Dale said the move to the Wangaratta Turf Club proved to be a huge success.

“The opportunity provided by the Wangaratta Turf Club came up and we thought it was a great chance to move closer to home (Myrtleford),” he said.

“The track and facilities here are awesome which I’m grateful for.

“The move into Victoria has been very beneficial because the further into Victoria you go with the horses the tougher the competition gets.”

The Dale stable had a number of impressive wins over the season with 13 of the 15 victories coming from country NSW.

Dale said his favourite win was when three-year-old filly Pay The Deeler won her maiden at Wagga on July 6.

“Getting Pay The Deeler her maiden win at Wagga was amazing,” Dale said.

“She’s a nicely bred filly by Dundeel who started off with a disappointing first prep.

“The owners stuck patient with her and myself, and we finally broke through for her maiden in her last start which was really satisfying.

“She’s in the paddock now and will bounce back with a bit more confidence for the start of her next prep.”

Stable stars Parliament and Suburbia proved to be two of Dale’s more consistent thoroughbreds throughout the season.

“They were both always nice and consistent,” he said.

“They’re both great horses for connections and were competitive most times they went around.”

Dale said the balance between yearlings and tried horses will be crucial for the 2020/21 season.

“We bought our first crop of yearlings from the Inglis sales last season which has been a great experience,” Dale said.

“We’ve really invested in getting the right mix between the young and tried horses.

“This year we’ve purchased six new yearlings which look to be a really nice crop of young horses.”

Dale said the goal for next season would be based on building solid connections with the local market.

“There isn’t really a real goal for the team yet,” Dale said.

“We’ll definitely work on consolidating our position and reputation as a good small country stable.

“It’s also important that we build connections with the Wangaratta local market.”

The in-form trainer said he was incredibly grateful for the effort his team had put in over the last year.

“I’d like to thank all staff from track riders to stablehands for the work and effort they put in to allow me to focus on the business side of things,” Dale said.

“The ground staff’s work operating the stables has really enabled me to focus on the financial side of things because at the end of the day this is a business.

“Without the team I wouldn’t be in the position I’m in today so I thank them for their support.”