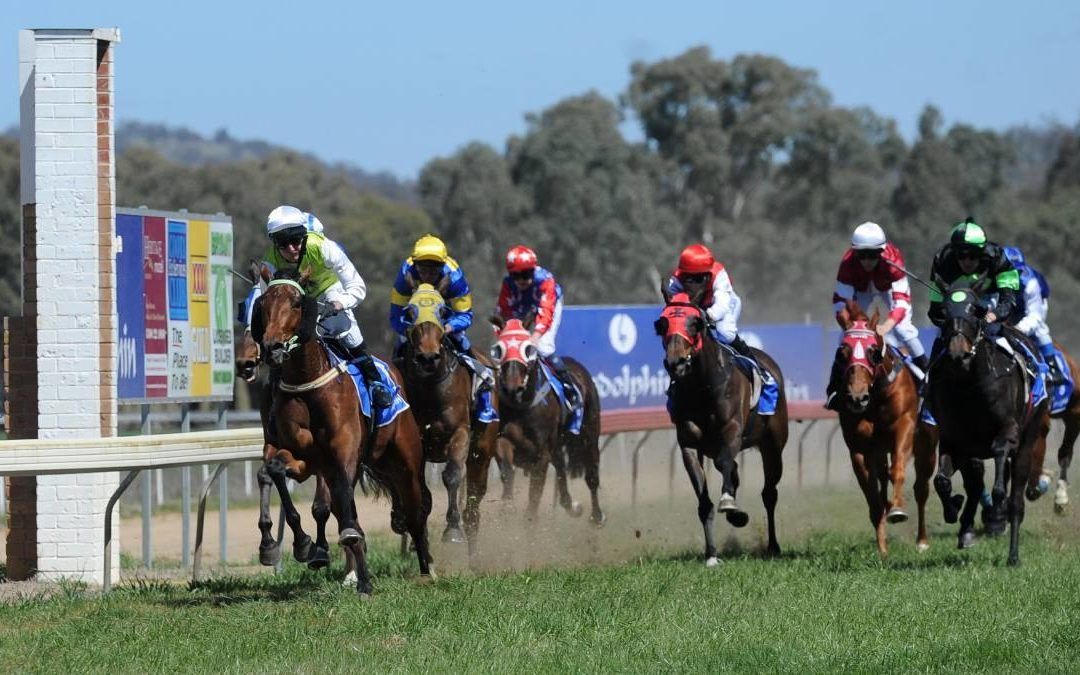 Despite French Politician not being able to follow up his placing at Corowa with another result, trainer Andrew Dale said he learnt plenty about the four year-old at Cootamundra on Sunday.

French Politician ran sixth after being drawn in barrier 10 in the Mick Donoghue Memorial Maiden Plate over 1400m.

“He had a quite a tough run from the wide gate on a pretty firm track,” Dale said.

“There was also good speed on throughout which suited horses that raced just off the speed and horses that drew well.

“In the end we were beaten by 3.7 lengths but it was a good run taking all things into account.

“French Politician can really improve off that run as I now know a lot more about him and the experience gained by him having two runs with the stable will pay dividends in the next few weeks.

“Having the blinkers on really sharpened him up and we now know he can probably go back in trip on a freshen up.”

Dale said French Politician’s next outing will likely be at Wagga or Albury later this month.

In the first race of the day at Cootamundra, Arthur Porrit ran an impressive second in the Class 1 and Maiden Plate (1600m).

The strong first up performance was Arthur Porrit’s first placing in just his third start after being acquired from New Zealand connection Kevin Myers 12 months ago.