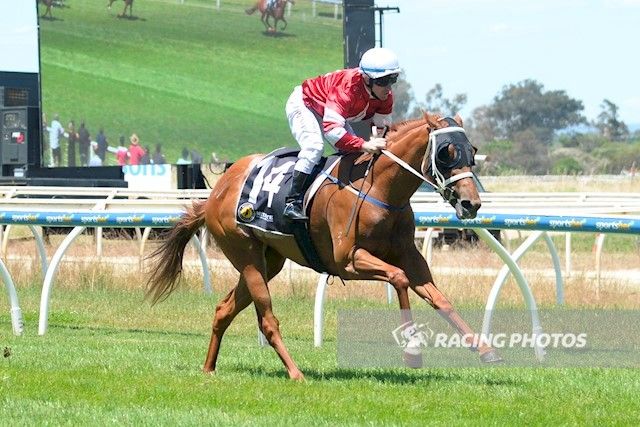 Turnaquid is the latest horse to secure a first win with Andrew Dale Racing after triumphing at Wangaratta on the weekend.

The three-year-old filly claimed an impressive maiden victory in Saturday’s Maiden Plate (1170m), storming down the home straight to salute by five lengths.

Jockey Jarrod Lorensini delivered on strong pre-race support for Turnaquid who opened at $17 before moving into a starting price of $12.

Racing Manager Frazer Dale said it was fantastic to see the filly breakthrough in her seventh career start.

“It was an impressive result, Jarrod had her just off the lead at the turn before she went to the front and ran clear over the final 200 metres,” he said.

“She’s always shown promise in her jump outs and trials, but we applied the blinkers and they have been the key to her showing her potential.”

Turnaquid responds to the blinkers first time, breaking away to win her maiden by five lengths. pic.twitter.com/elsg5yctS4