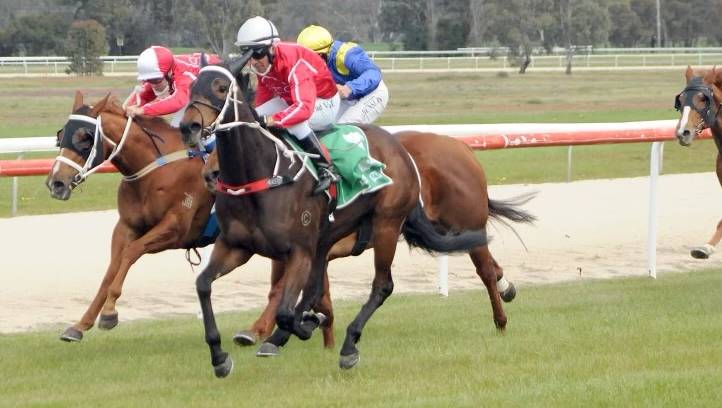 The stable had 10 runners on the six-race card with both Ali’s Choice and Fromista winning plus having four second placings and a third.

Dale started the meeting on a high with Ali’s Choice and Malabar Jack running the quinella in the $10,000 Maiden Hcp, (1300m).

Ridden by Bradley Vale, it was the four-year-old mare’s first win from six starts after being well beaten when resuming at Corowa earlier this month.

Ali’s Choice picked up her first career win at Corowa yesterday. She was a @inglis_sales Classic yearling from @TwinHillsStud well done to rider Brad Vale and the connections @ADaleRacing pic.twitter.com/YV3B6rwcNf

Racing manager Frazer Dale said a drop in class paved the way for Ali’s Choice to notch the first win of her short career.

“She had been racing at TAB level and really just needed to get a win under the belt for her confidence,” Dale said.

“She has got ability and we saw a glimpse of that on Saturday.

“She showed a nice turn of foot and proved she has got something to offer.

“But she is a work in progress and has taken a while to get to where she is.

“It’s typical of the breed (by Casino Prince) they tend to get better with age.

“We are now hoping she is at the age and the time of her career that she can go on with it and hopefully can get back to TAB level.”

The stable bookended the meeting after Fromista won the $10,000 Benchmark 50 Hcp, (1600m) with claiming apprentice Hannah Williams aboard.

Dale said Fromista benefited from a drop in weight and carried 53.5kg after Williams’ 2kg claim.

“Fromista is a mare we have had for a while and has been racing consistently and broke through for her first win for the stable,” he said.

“We thought she was beautifully weighted in the race.

“The race fell away after a few scratchings and we were confident she would run a bold race.

“She sat outside the leader and was strong late to win by more than two lengths.

“She is a mare that might be able to go on with it this preparation and is beautifully bred by Teofilo.”

Williams and Vale shared the riding honours at the meeting after both snaring a double.

Fromista made it a double for the stable yesterday at Corowa winning by two lengths. Well done to the team @ADaleRacing pic.twitter.com/OXR8opj0Ja