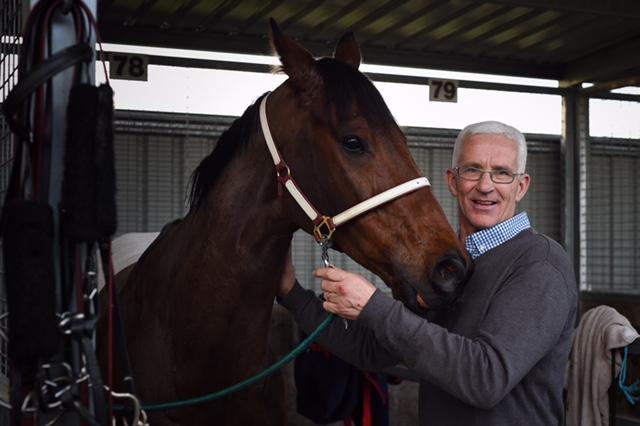 Twelve months on from the biggest win of his training career and Andrew Dale is looking to cause a surprise result again with Lawton Joseph in the $150,000 Country Championships Qualifier at Wagga on Sunday.

Andrew Dale took out last year’s edition with Lautaro as a $26 chance and he will have Lawton Joseph ($16 with TAB fixed odds) entering the feature with a number of similarities. Lawton Joseph will be first-up from a brief break and has several of the same owners as Lautaro, as Albury-trained horses look to continue their domination of the Southern Districts heat.

Albury horses have won the only three runnings, but this time face a strong list of multiple runners from the Wagga stables of Chris Heywood, Scott Spackman and Gary Colvin.

Not to mention one of the favourites Bulala who is trained in Wagga by Peter Morgan, but is owned in Albury by Geoff Miller.

It is a race of great intrigue and Dale is pleased to be apart of it with his Albury counterparts.

“We are right next door to Graham Hulm who has three runners which is a great achievement in itself,” Dale said. “The Wagga trainers have a few runners each and looking at the race you would think Forever Newyork ($11) for Gary (Colvin) will be hard to beat. He ran second last year, has an inside draw and will be fitter for a couple of starts back from a break.”

Reflecting on last year, Dale said he would love to experience the same exhilaration on Sunday. He likened the Qualifier to that of Steven Bradbury – the speed skater who caused one of the biggest upsets in Olympic history when his rivals came to grief for him to burst through and win.

“You have to be in these races to win them and that is how every trainer will be approaching it. It’s a very even race and anything can win,” he said. “The trainers with a few horses in each obviously have a good chance, but there are others with good chances.”

As for his own prospects, Dale knows his horse is right to go after a recent trial: “I used the same tactics last year. This is his best chance of winning by going in fresh,” he said. “His best is yet to come and whether he can do it on Sunday is still unknown, but he has a lot of talent.”

Dale praised the concept saying it offered every trainer and owner hope: “We have a fair few runners from Albury. A guy like John Whitelaw doesn’t train a lot of horses and he has Daisy Doutes ($101) starting,” he said. “There are some nice horses around here and it shows how even it is when its around $4 the field.”

Wagga trainer Scott Spackman is counting down the hours to the race with three runners led by the early favourite O’So Hazy ($3.70). He will also have last start winners Didn’t Even Kiss Me ($19) and Chastity Strikes ($19) flying the stable flag.

Spackman has the trio in peak form and feels luck in running will be the key: “There is noting between several horses so it will come down to getting the right run and making the most of it,” he said.

In a rare achievement, Chastity Strikes and Didn’t Even Kiss Me are both owned by Ben Lawrence, while O’ So Hazy is raced locally by part-owner Noel Penfold. Spackman feels any one of his trio are capable of winning.

“O So Hazy has been going great and the speed will be on so she will be up there. Didn’t Even Kiss Me has run fast time in her past two wins and Chastity Strikes was impressive the other day at Wagga,” he said. “I can’t wait for the race.”