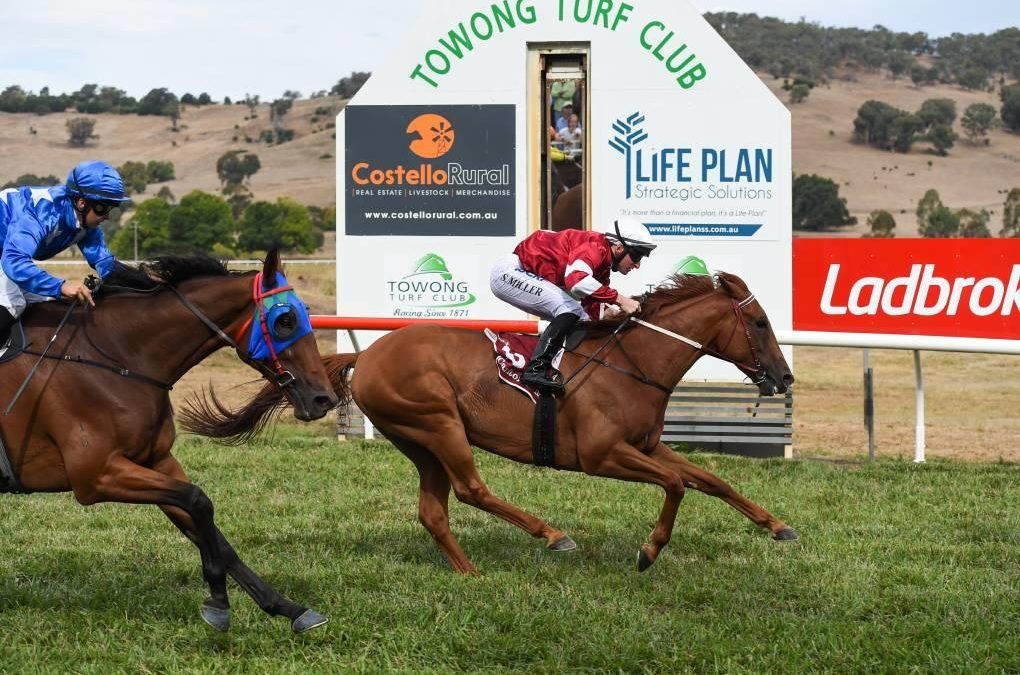 Albury trainer Andrew Dale won his first Towong Cup thanks to an excellent run from Little Red Devil at the famous country race meeting on Saturday.

Dale believed the horse had an each way chance in the $20,000 feature race, despite the awkward barrier draw of gate seven.

“He stepped really nicely and (jockey) Simon Miller made the decision to roll forward on him,” Dale said.

“He gave a really nice kick at the turn and was strong on the line to hold on by about three quarters of a length.

“It worked out exactly how I hoped it would work out, because I thought he could get across and get a nice position and Simon just rode him beautifully when he got to the front.”

Little Red Devil had form on the board with a second in its start last at Yarra Valley, which Dale believes “put the writing on the wall” for a good run at Towong.

“I thought the track at Towong would suit him being quite a tight little turning track with a long back straight,” he said.

“To win small country cups is what we’ve always wanted to do with Little Red Devil.

“That’s the reason we purchased the horse from the Darren Weir stable and the owners were really supportive to take it to the country cups.

Little Red Devil blew out to more than $10 late in the betting after sitting around the $5 mark.

Towong-trained Razzle Dazzle Rock also had win on Cup day for Malcolm Jarvis and its connections.