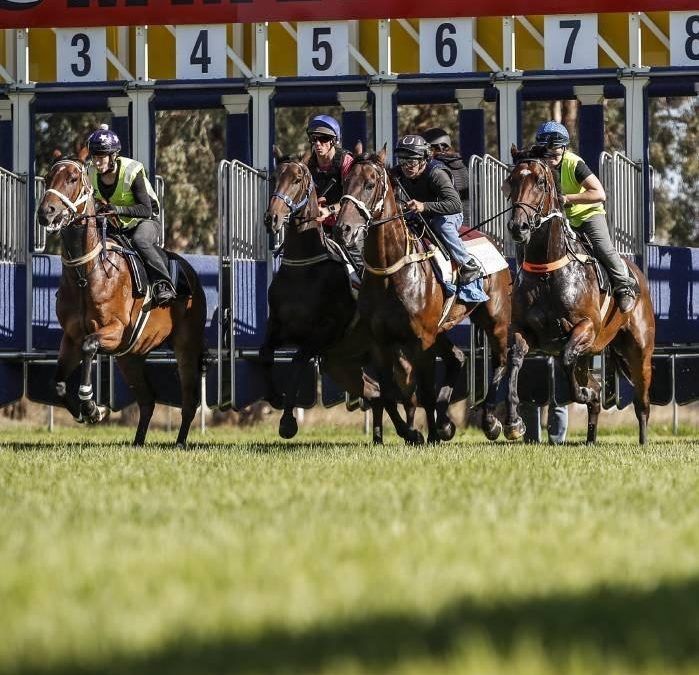 ALBURY trainer Andrew Dale is Wangaratta bound on Monday for a crucial hit out with Lautaro in the lead-up to the NSW Country Championships heat on March 19.

The five-year-old squeezes into the rich series on the two key criteria of no more than five wins and no more than 20 race starts with the $150,000 Albury heat being used as a starting point towards a tilt at the Wagga Gold Cup in May.

Lautaro hasn’t raced since stepping out on Oaks Day at Flemington last spring and the 1400m country championships heat is an ideal starting pointing for his autumn campaign.

The 900m trial at Wangaratta will also feature another Albury-trained galloper, Lord Von Costa, and Baby Don’t Cry, who is one of the leading lights from Craig Widdison’s newly established base at Wodonga.

Lord Von Costa ran third to Steakandbearnaise in the Southern Districts country championships heat held at Wagga last year to narrowly miss out on a start in the Randwick final.

“The trial will be a top quality hitout for my horse,” Dale said.

“He will come up against some handy types and can only benefit from the hit out.

“His first start has to be the country championships because he has had 20 race starts.

“Any more and he wouldn’t be able to run.

“He is not a 1400m horse, but I’m thinking the weight scale will suit older horses like him.

“If there is a hot speed on and a good tempo, reasonable stayers like him can sometimes sprint well fresh.

“You would also be crazy not to have a crack at the race which carries similar prizemoney to the Albury Cup.”

The Wagga Cup program for Lautaro mapped out by Dale also includes the Gundagai Cup and Murrumbidgee Cup.

But those plans could change quickly if the gelding finishes first or second in the country championships heat which would guarantee Lautaro a start in the $400,000 final at Randwick to be held on April 1.

Following the Wangaratta trial, Dale hopes Lautaro can have a final workout on the revamped Albury track in the lead-up to the country championships heat.

“It’s been difficult not having your own track to work on,” he said.