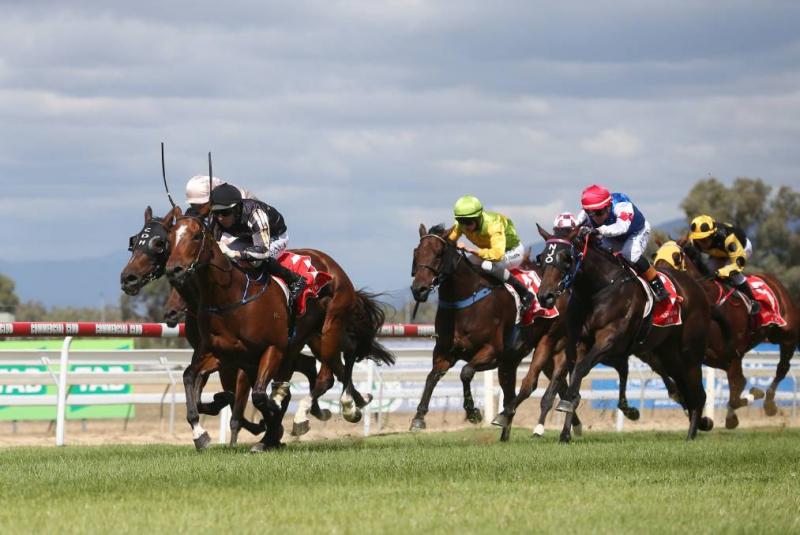 FORMER Myrtleford coach Andrew Dale broke through for his first race winner when Itsmycall charged down the outside to win the second on Albury Gold Cup Day.

Dale said it may have just saved his fledgling training career.

He was potentially on his last legs as a trainer with the owners set to remove the six-year-old mare from his stable.

“I had a three-race program ready for her before the owners were going to take her from me and send her to (leading trainer) Darren (Weir),” he said.

“She ran in Wodonga where Brooke Sweeney, Lily Coombe and Rebeka Prest fell, so I decided to give her a nice back-up after that.

Today was D-Day for her and she came through. She’s given me my first win and maybe saved my training career, it was looking pretty tough.”

“I had a great opinion of her going into the race, but she’s taken a little while to get going,” he said.

“It’s been a long time for a win, six months, but before that three years working with Rob Wellington, and the other supporters of me have been absolutely fantastic.”