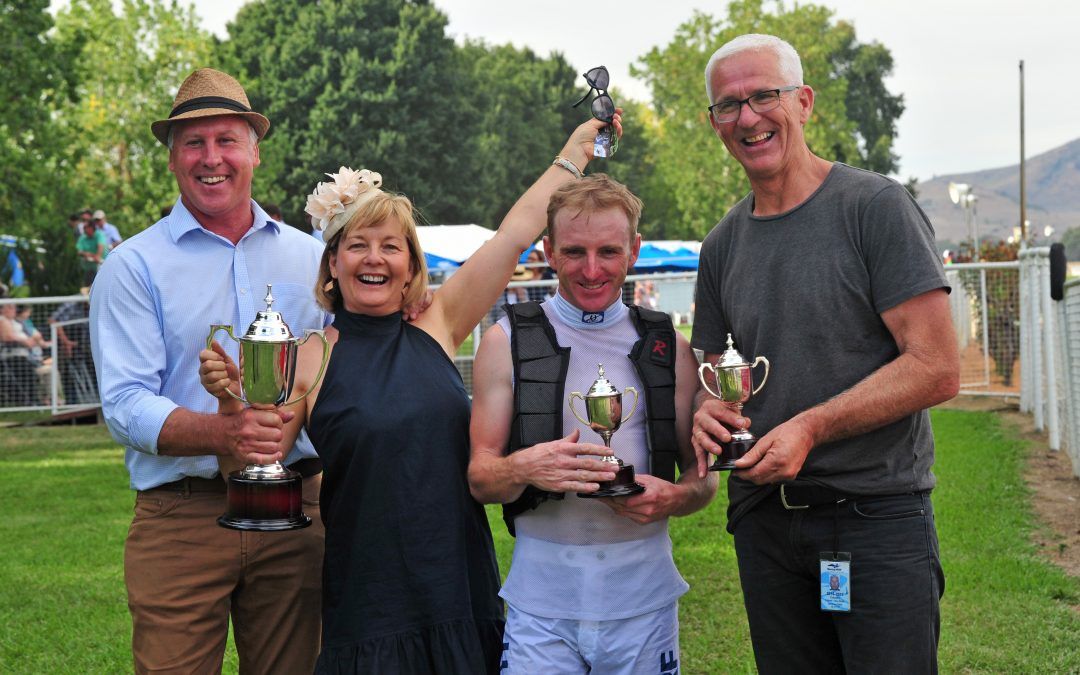 The Andrew Dale stable colours of burgundy and white hooped sleeves will be out in force at Towong on Saturday.

The Wangaratta trainer will heavily target the meeting with 18 horses including emergencies with most of his runners wearing the stable’s colours.

Dale will load the truck with nine horses plus take two floats to transport his gallopers to the high country meeting.

Racing manager Frazer Dale said the stable made a long range plan 12-months ago to target Towong instead of Corowa who also race on Saturday.

“With Towong capped to 10-horse fields with good prizemoney on offer, we nominated as many horses as we could basically,” Dale said.

“Last year we didn’t have any runners at Towong and targeted Corowa instead.

“This year we are going to try our luck at Towong.

“But it doesn’t matter where you go to try and win a race, racing is as competitive as ever and there is no such thing as an easy race.

“We have 25 horses in work at the minute, so having four runners at Corowa as well, we will nearly have the whole stable going around on Saturday.

Dale said Eammon’s Memory was ready to win after running fifth at Wagga at his most recent start.

“Eammon’s Memory should be fighting out the finish,” Dale said.

“He is a horse that has come back a lot more mature this preparation and he put the writing on the wall at Wagga that he is ready to win.

“He has drawn a nice gate and gets the bonus of Mitchell Aitken on board and should prove hard to beat.”

“The big grey horse is coming off Moonee Valley form and gets the benefit of the claim for jockey Qin Yong.

“Chairman’s Choice has also drawn well and gets into a race that is very winnable.”

Dale will also have a runner in the cup with Ruby Edition.

The stable already has its name on the honour roll after Little Red Devil won the feature race in 2017.

“Ruby Edition is new to the stable and having her first start for us,” he said.

“We’ve probably thrown her in at the deep end but there wasn’t another race suitable for her.”