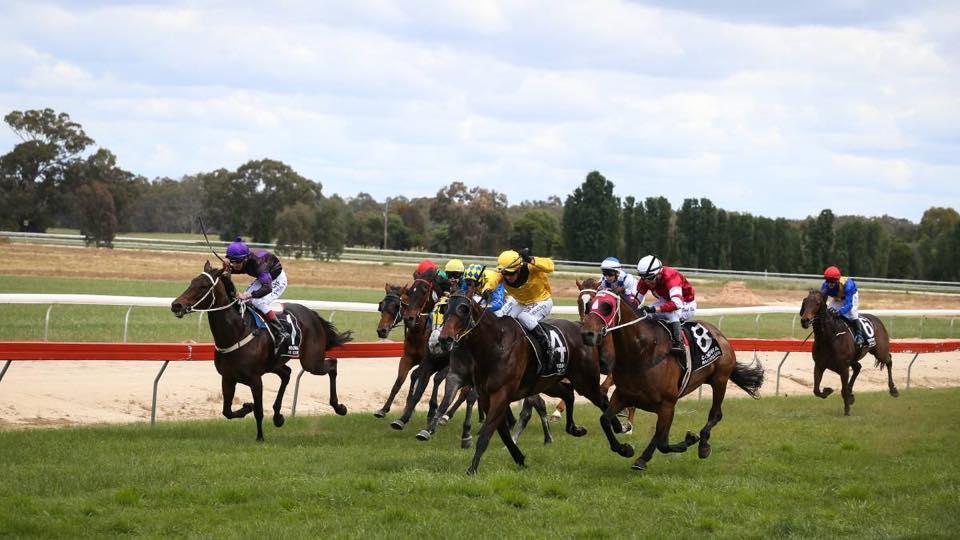 Trainer Andrew Dale says he is excited at the prospect of seeing Little Red Devil back on dirt and is hoping for strong outings from the stables four other horses.

“We’re looking forward to getting Little Red Devil on to the dirt track again, as a three year old in Darwin he was competitive on the dirt as well as having a good synthetic track record in Melbourne,” Dale said.

“His last start at Berrigan was a forgive run where he was trapped wide without cover for the entire race but going off his form prior to Berrigan he will be right in the mix.

“Also in the Cup we have our new horse Kumo who was recently purchased by one of our owners specifically for the Hay Cup.

“Swinging comes back in distance from the 1200m to the 1000m after a good first up effort at Corowa.

“He has never raced on dirt so there are some question marks there but he is going well and looks to be one of the main chances on form.

“Crossbite is progressing nicely after winning at Berrigan over 1200m on October 28.

“He has been set for Hay for some time and we are really happy with the way horse is looking.

“Staretto is 19th in the ballot order so she may not get a run but she worked with Crossbite on Tuesday morning and we’re happy with her work leading up to the weekend if she does get a start.”