Dale to train a new team | The Border Mail 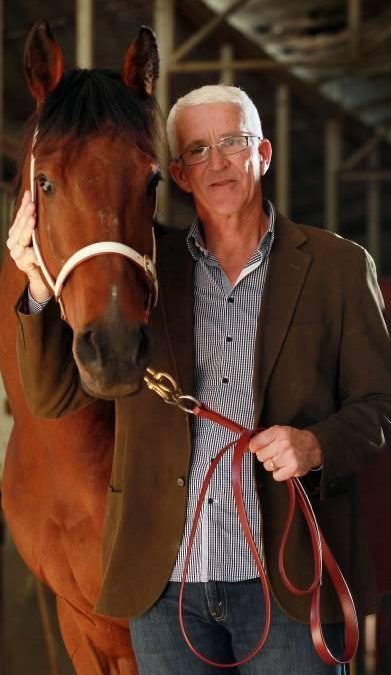 Dale has saddled up three runners since obtaining his licence late last month and has already notched two minor placings at Gunbower and Albury.

“It’s been something I have been aspiring to do for the past couple of years,” Dale said.

“I have been working with Albury trainer Rob Wellington during that time and have been trying to learn as much about training as I can.

“It’s great to finally be able to say that I have got my licence, it’s a huge thrill and something I wouldn’t have been able to achieve without Rob’s support.

“Rob has been tremendous with his horsemanship, time, facilities and passing on his knowledge and expertise.

“In fact all the trainers along Racecourse Road including Graham Hulm, Kevin Hanley, Marty Stein, Kym Davison and Brett Cavanough have helped to get me started.

“Norm Loy, Simon Miller and Amanda Masters have also been of great assistance.”

Dale has been a passionate horse racing fan for most of his life and has been a part-owner of several gallopers including the talented Zabisco and Mr O’Ceirin.

Zabisco handed Dale one of his biggest thrills in racing when he won the Wodonga Cup two years ago with Luke Nolen aboard.

“Winning the Wodonga Cup was memorable, especially with my good mate and another former Myrtleford coach Ian Wales also a part-owner,” he said.

“Having horses with Mike Moroney and Ciaron Maher, I have also asked them a lot of questions about training and the best way to go about it.”

Dale will initially train six horses and has leased several boxes from Wellington.

“I have got a few horses that I own myself that go OK,” he said.

“But I’m on the lookout for a few more owners and have got a couple of clients that are sending me some more to train.

“My most promising horse at the moment would be Swinging, who ran third at Albury at the weekend and is by Savabeel.

“So hopefully I can land my first winner in the not too distant future.”