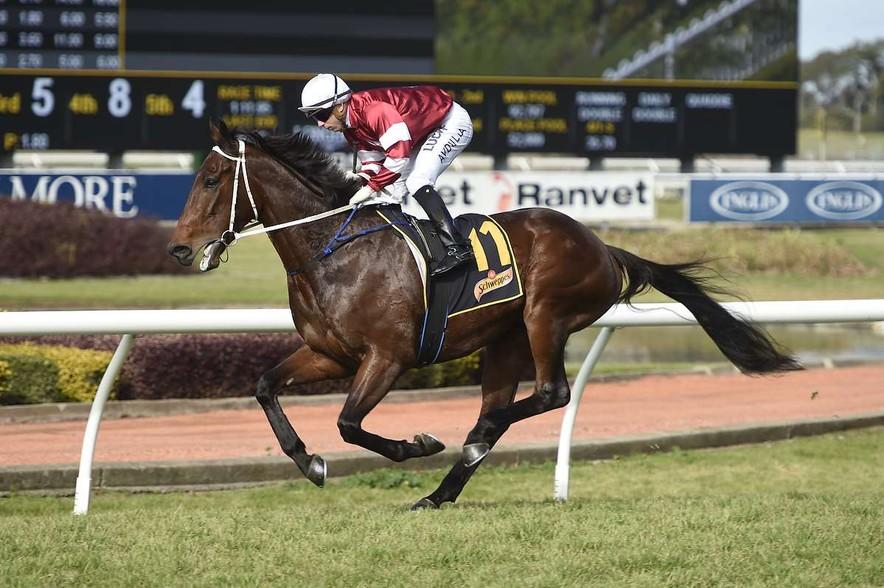 Country trainer Andrew Dale is weighing up options for his last-start winner Lautaro.

After scratching the stayer from the Listed McKell Cup at Randwick on Saturday, Dale has several other choices.

Lautaro is an acceptor for the Chandler Macleod Handicap (2400m) at Sandown on Saturday while also holding nominations for races at Warwick Farm and Pakenham next Wednesday.

Compounding the matter for Dale is that Lautaro has drawn barrier 13 of the 14 at Sandown.

“He’ll have to get back from the draw but that shouldn’t be a worry as the 2400 metres shapes as though he’s looking for it,” Dale said.

Lautaro was a last-start winner of a benchmark 78 race during the Scone carnival on May 13 when he beat odds-on favourite Interlocuter by 1-1/2 lengths over 2200 metres.

Dale said travelling to Sydney from his Albury base meant leaving a couple of days before and allowing Lautaro the opportunity to get over the travel.

“The few times I’ve travelled the horse it seems to have worked doing that,” Dale said.

Going to Melbourne means driving down and back on the same day.

Dale said he would make a final decision on Friday after studying the nominations for the midweek races.

“I’ll make a decision by 4pm on Friday,” Dale said.

“I’m booked to come down with my neighbour who’s going anyway, so we’ll do a bit of study and work out what to do.”

Dale’s neighbour is Graham Hull who has Smakatus running in the Elaren Security Services Handicap.

Lautaro is a $13 chance for Saturday’s race with the Lloyd Williams-owned Goathland the $2.60 favourite.