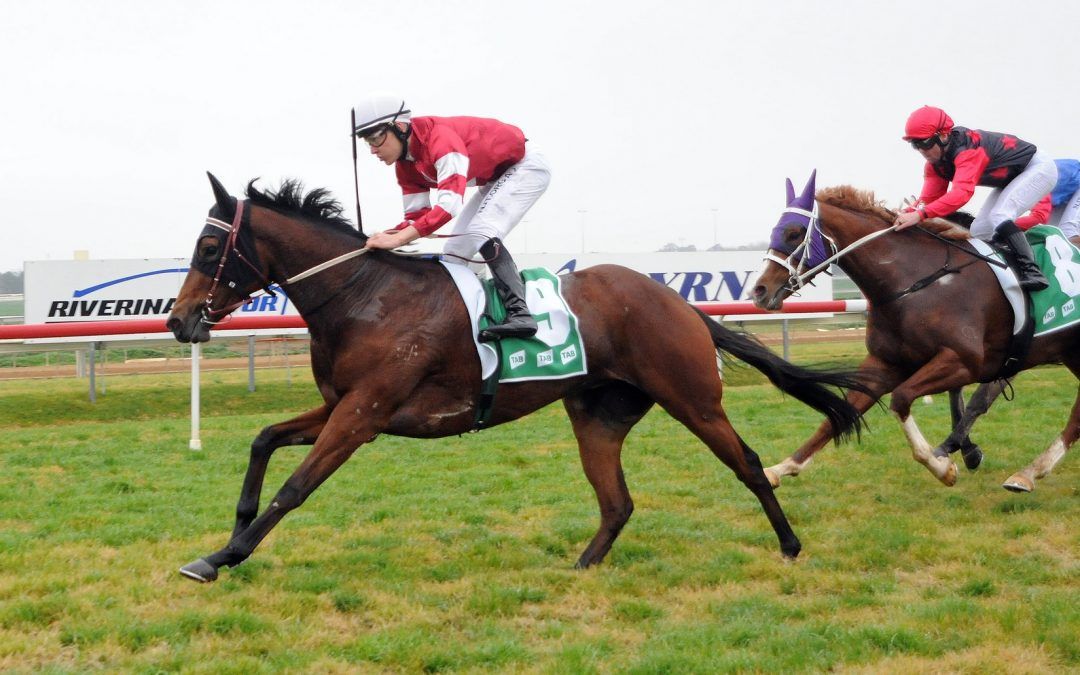 ANDREW Dale trained up and coming three-year-old filly Pay The Deeler has capitalised on good form breaking through for her maiden win at Wagga on Monday.

Despite drawing a poor barrier in barrier eight, the inexperienced filly jumped well going straight to the front of the 11 horse race.

Pay The Deeler settled off the pace, slotting in behind Trevor Sutherland trained Bouris until the final straight which saw the three-year-old hold show a turn of foot to hold on to victory by a touch over a length in the Iron Jack three-year-old maiden plate over 1200m.

Dale said the victory was a reward for effort and solid form.

“It was a great performance,” Dale said.

“She’s had a good prep this time round and ran the way I wanted.”

The up and coming filly was piloted by star jockey Brodie Loy which Dale believes was a big reason to why she ran so well.

“It was great to have Brodie on board,” Dale said.

“He rode her a few starts ago at Corowa and then had a few weeks off riding to get his weight sorted so it was great to have him back.

“I told the owners before the race that I thought Brodie should ride her a bit more aggressive on the heavy track so we decided to roll the dice and it paid off.”

The filly’s win was topped off with extra prize money under the ‘BOBS Bonus Scheme’ meaning the owners pocketed around $15000.

“Blackjack Racing who is the syndicate in on Pay The Deeler purchased her two years ago as a one-year-old,” Dale said.

“The syndicate have been really patient and stuck by me so they deserve not only the win but also the extra prize money that has come along with the victory.”