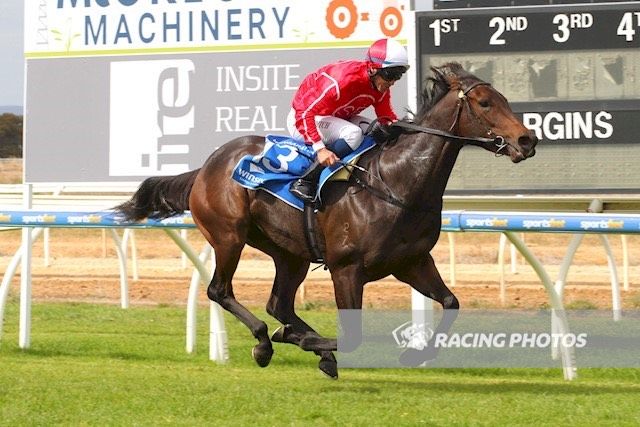 Andrew Dale Racing has collected its third winning double of the season with Mescaminto and Submission both winning with the stable for the first time on Saturday.

After running second on debut at Benalla two weeks ago, Mescaminto flashed home in race 2 at Wangaratta, claiming the Maiden Plate (1100m) by a length and a half.

That was quickly followed up by Submission who won just as impressively in race 3, saluting by just short of two lengths in the 0-58 Handicap (1170m).

Frazer Dale said the stable was thrilled to have both Mescaminto, a three-year-old filly, and Submission, a four year-old gelding, under their care.

“It was another really good day for the stable and terrific to have another couple of horses get their first wins with us,” he said.

“Mescaminto is a filly capable of a lot more, she’s doing everything on raw ability at the moment so once she puts it all together, she’s going to be a really nice filly.

“Submission is a stable favourite, very easy horse to train, he’s got a great temperament and is just a real honest galloper.”

Both horses were piloted by Joe Bowditch who has featured heavily in the stable’s excellent run of form which has now seen nine winners since the start of March.