Double for the Dale stable at Wodonga 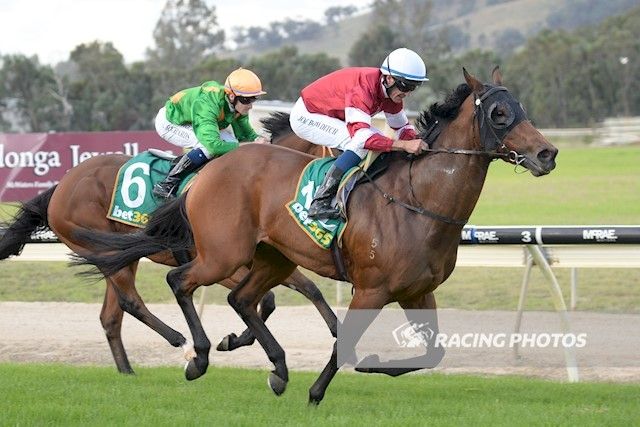 Andrew Dale Racing has secured a second winning double for the month with Lingjun Topgun and Volere saluting at Wodonga today.

A last start winner, Lingjun Topgun is now two from two with the stable after Jack Martin steered the gelding home while Volere secured her first win since last September with victory in the final race of the day.

“Lingjun Topgun has been a real surprise packet so far, he’s been sensational since being gelded and got a nice confidence boost with a win at Berrigan earlier in the month,” Frazer Dale said.

“The plan for Volere was for today to be a bit more of a trial but Joe (Bowditch) produced a great ride to secure the win.”

Classic Fastnet was also much improved, collecting his best result for the stable by running second in race 6.

Attention now turns to Tocumwal on Easter weekend where the stable has another big day planned.