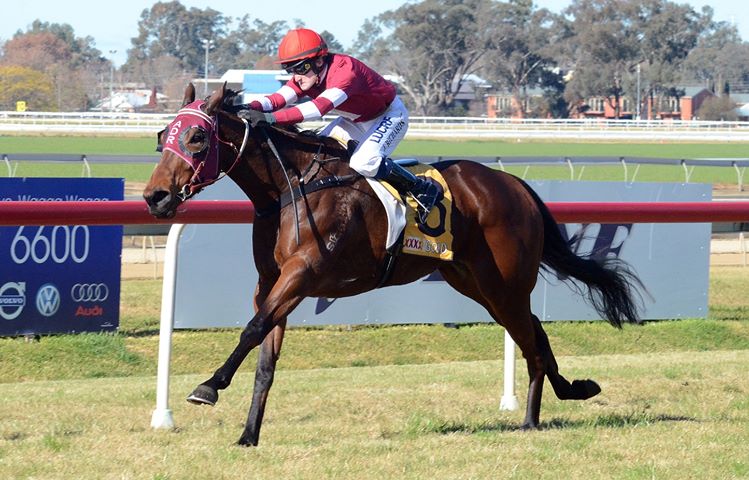 Gotta Want it has signed off from her short time with Andrew Dale Racing by winning at Wagga
today.

Starting from barrier six and wearing blinkers, apprentice jockey Josh Richards sat behind the leader
before jumping to the front over the final 200m.

In just her third career start, Gotta want It ($10) beat out Lindsay Park Racing entry Rugged Roy ($3)
on a soft track, to claim her first win.

“After a disappointing run last start at Albury we corrected a few things which she responded well
to,” trainer Andrew Dale said.

“She just missed out on her debut so this was nice result getting a win before she moves onto a new
trainer.”

The victory was Andrew Dale’s 18th this season.