It’s Never Enuff goes back to back 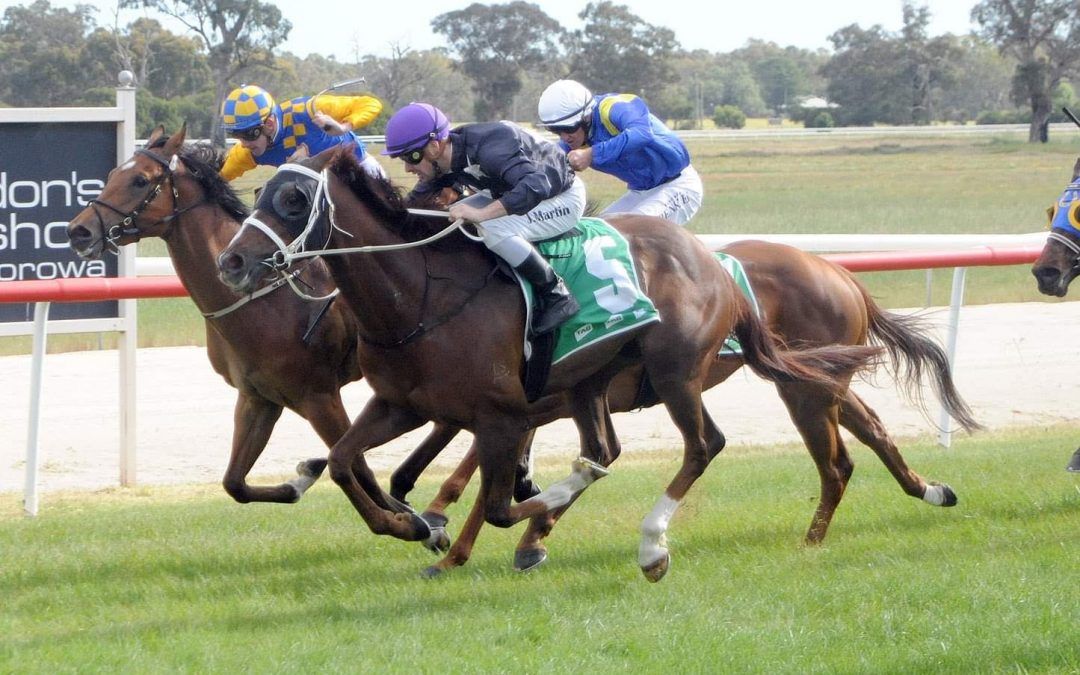 Ten days after breaking his maiden It’s Never Enuff made it back-to-back wins for Andrew Dale with victory at Corowa on Monday.

The four-year-old gelding took out the Class 1 Handicap (1400m) to record his second career victory in his tenth start.

Despite being slow out of the blocks, jockey Jack Martin timed the ride perfectly to see It’s Never Enuff salute by a quarter of a length.

“The horse has come on since its last run and had a beautiful run in transit today even after a slow getaway,” Martin said.

“The key to this horse is get into a rhythm, if there’s good genuine tempo and speed on, the horse will really let go in the last 600m and he did today and toughed it out well.”

Martin also guided the Dale-trained Froimsta to a second in race two for the mare’s sixth straight top three finish.