Lautaro contender for SDRA Horse of the Year | The Daily Advertiser 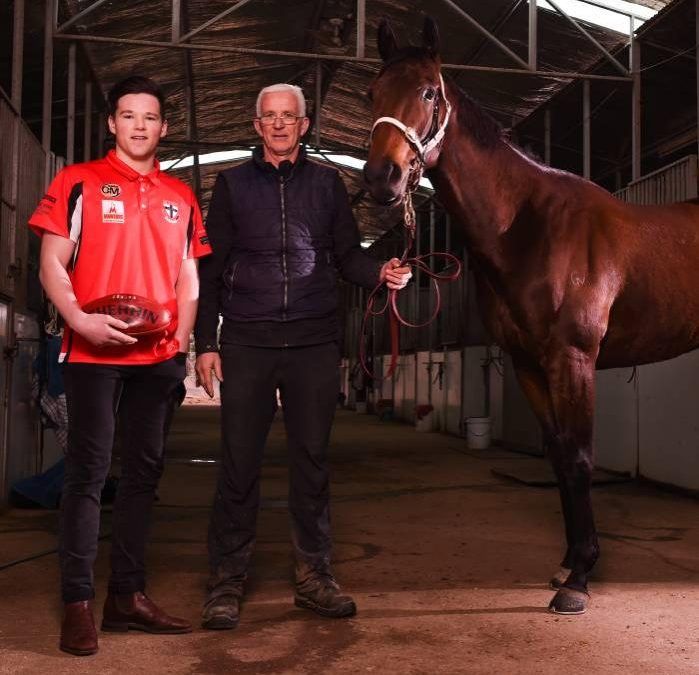 He would have been a good thing had he not been disqualified from the biggest win of his career but it won’t stop Lautaro from starting as one of the favourites for the top gong at the SDRA Awards Night.

Southern District Racing Association (SDRA) will honour the best performers of the 2016-17 season with their annual awards night at Murrumbidgee Turf Club on Wednesday.

Albury stayer Lautaro is one of 13 finalists across three categories that are in contention for the 2016-17 SDRA Horse of the Year title.

Lautaro won more prizemoney than any other horse in the SDRA last season, courtesy of his win in the Country Championship Heat at Albury.

It could have been far more if he not been disqualified after winning the $100,000 Benchmark 78 Handicap (2200m) at the Scone carnival in May, due to a positive to a female hormone treatment.

Trainer Andrew Dale is pleased to have his stable star in contention.

“I’m just happy to be in the finalists,” Dale said.

“There are some great horses there and I’m glad that he’s among them.”

Lautaro is in the paddock recovering from arthroscopic surgery to both knees.

He required six to eight months recovery and will start with the water walker on January 1. The former Kiwi will miss out on the Albury and Wagga Cups, but Dale hopes Lautaro may still feature at the Wagga carnival in a supporting race. He is also considering taking the gelding to Queensland for the winter.

The winner can also come from the three-year-old and two-year-old categories. Danetrille, Forever Newyork and Itsa Fait Accompli are the finalists for the 3YO of the Year, while the 2YO title is between Sweettalkingwilly and Plenary.

The SDRA premiership winners for the season will also be honoured.

The Awards Night gets underway at 6.30pm in the MTC Member’s Lounge. It is free to attend and finger food is provided.