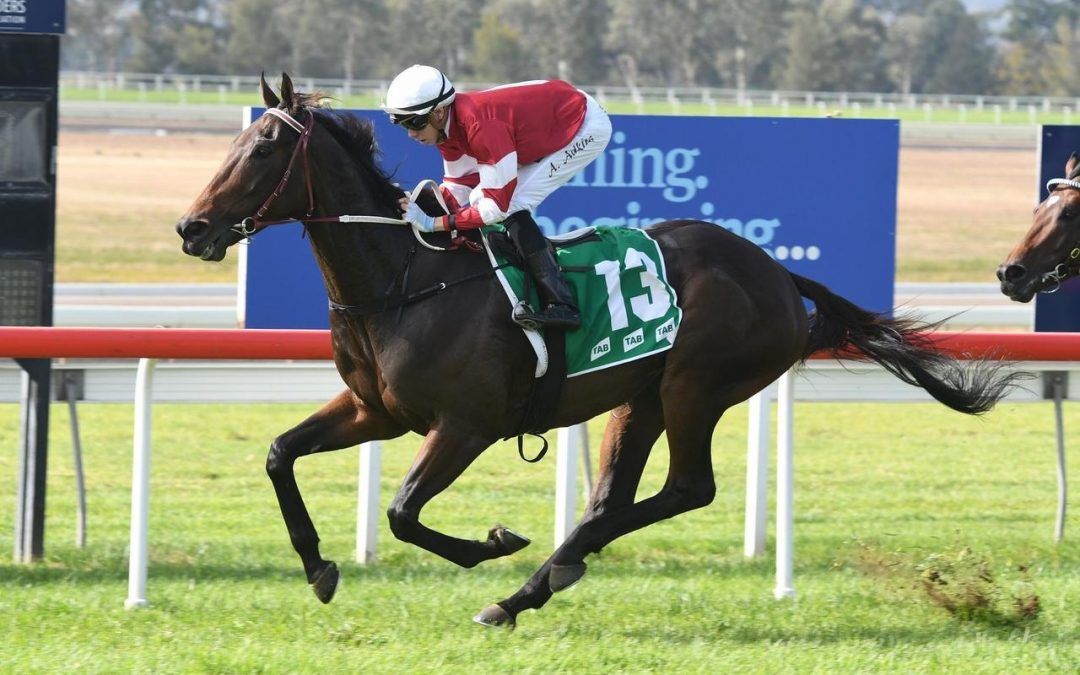 Lautaro will fly the flag for the little guys in the $150,000 Listed McKell Cup at Royal Randwick on Saturday.

He’s the only country-trained horse in a field featuring some of the most powerful stables in Australia, and he has already beaten a quarter of them.

“I’m so proud of him,” Albury-based trainer Andrew Dale said. “It’s really encouraging for a small trainer like me to have a horse that’s competitive enough to be in this race.”

The New Zealand-bred stayer by Don Eduardo has begun to hit his straps this preparation, earning $140,000 in prizemoney since he resumed on 19 March with a win at odds in the 1400m Southern Districts Country Championships Qualifier.

“The Wagga Gold Cup was always the aim but who could pass up a crack at that kind of prizemoney at their home track,” Dale said.

“When he won unexpectedly we had to ease off him a bit which disrupted his Gold Cup campaign.

“He got held up in the Gold Cup and didn’t have a taxing run. He wouldn’t have even blown out a candle at the end. The form around that race is good though with Stampede going on to win a Group 3 a week later.”

In his most recent start in the Kia Ora Stud Benchmark 78 Handicap (2200m) at Scone on 13 May, Lautaro put in a huge run to win by one and a half lengths from $1.85 favourite, Interlocuter.

Apprentice jockey Andrew Adkins settled Lautaro towards the rear of the field, just behind Interlocuter. He followed him as he made his move at the 800m and at the turn for home Adkins guided his mount into the clear. By the 300m they were neck and neck but Lautaro dug deep and kicked away to claim victory.

“The run was super and Andrew rode him beautifully,” Dale said.

“There were some very smart horses in that race and I knew if Lautaro was going to make it as a stayer he had to be competitive on the day.

“Scone is a long way from Albury but that was the biggest win of my career to date.”

Rather than rush home, Dale took the opportunity to catch up with fellow trainer Brett Cavanough who recently relocated from Albury to Scone to take over the stables vacated by Greg Bennett.

“It was great to see Brett and Lautaro seems to have appreciated the extra days off.

“He had an easy week last week and is back into it this week. He just had a swim and he’s going really well.”

Lautaro steps up to 2400m for the first time in the McKell Cup but Dale is confident distance won’t be a problem.

Dale has again booked apprentice Andrew Adkins for the ride, even though he can’t claim in this race.

“He understands the horse and it makes sense to stick with a winning partnership,” he said.

“I expect there to be genuine tempo in the race and I’d like to see Lautaro settle midfield or even back a bit further so he can relax in the run.

“It’s great to be involved though and shows anyone can get a nice horse and if it’s good enough, race it on the big stage.”

Lautaro is also nominated for Sandown on Saturday but Sydney is the preference.

Andrew Dale has only had his trainer’s licence for three years having come from a background in teaching. He fell in love with the sport as an owner and enjoyed success with another New Zealand-bred stayer, Mr O’Ceirin. He experienced the thrill of being trackside as the horse won the Group 3 Naturalism Stakes and cheered him home as he finished only four lengths off Fawkner in the Group 1 Caulfield Cup.

“I was hooked and at the end of 2014 the time was right to apply for my licence,” Dale said. “I spent a year working for Rob Wellington and I can’t thank him enough for everything he taught me.”

Dale now has nine horses in work at his Albury stables including Lautaro.

“He is by far the best horse I have ever had in terms of both performance and potential.”