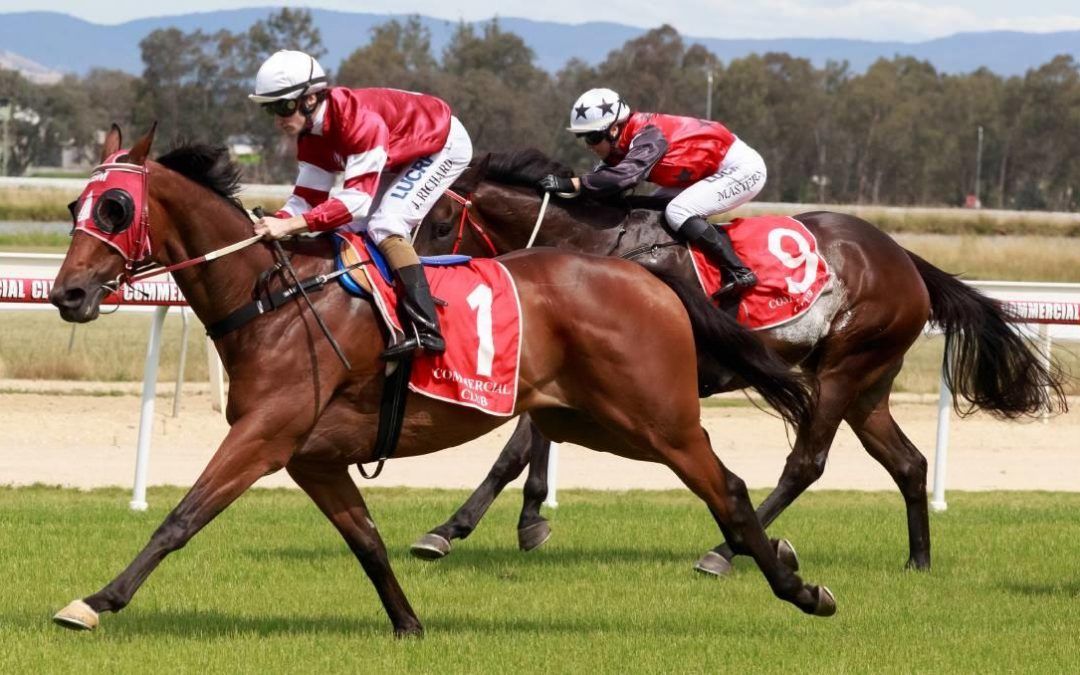 Andrew Dale has returned to the winners list at Albury.

“He got a fair way back, but that was the plan to ride him nice and quiet and he was able to round them up and sprint really nicely,” Dale said.

“He’s had a couple of wins this preparation and in between there’s been a few minor problems, so hopefully they’re all corrected now and we’ve got him back on track.”

Dale gave plenty of credit to the performance of apprentice Josh Richards.

“He didn’t panic and executed the plans really well.

“Even though he got two or three lengths off the last horse at some stages of the run, he stuck to what we discussed and was able to finish really strongly.

“He’s been an apprentice to Peter Clancy and Peter has produced some really good apprentices in our region.

“He’s obviously in the right environment in Peter’s care and he’s a really well-mannered young man and conducted himself really well at the races with all the owners.”

The ultimate mission for Lawton Joseph is to get a run at Country Championship qualify at Wagga on March 4.

“By winning yesterday (Saturday) it probably kicks his rating up enough to guarantee him a spot in the qualifier,” Dale said.

“That’s always been the plan with the horse after I won the qualifier last year with Lautaro.

“The plan is to qualify as many as we can.”

Towong’s Malcolm Jarvis broke through for a surprise win in the final race of the day with Cross of Gold.

Brodie Loy guided the $51 outsider to victory by just over half a length from Hay Boys and Lightning Alert.

“I get a buzz out of it because I do it all myself, I even ride this horse for track work and everything,” Jarvis said.

“No-one has been able to win a race with him on grass, he’s won all his races down at Geelong on synthetic.

“It’s a lower grade race, but you’ve still got to win them.”

Jarvis admitted he was only using the race as a trial to get the horse fit.

“I’ve got to give Brodie Loy a fair bit of credit because he pushed him up through middle the race and got him right through the middle of the horses.”

It was Loy’s second winning ride of the day after claiming race three on Hoodless, trained by his father, Norm.