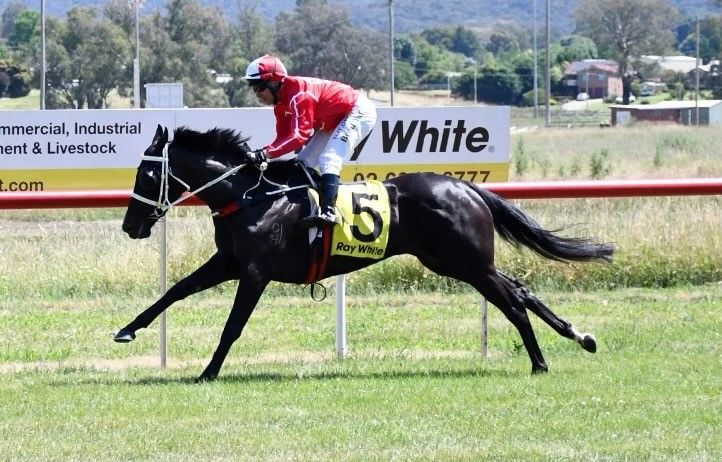 Lotus Land has broken through on the quick back-up to collect the first win of her career.

The three-year-old followed up an encouraging third at Wangaratta on December 22 with a comfortable victory in the Maiden Plate (1000m) at Tumut on Boxing Day.

The black filly by Vancouver went for home at the top of the straight with jockey Bradley Vale easing the Gold Coast Magic Millions purchase to the line for a three-length win.

“She had a strong trial win at the start of December before impressing at Wangaratta,” he said.

“It’s good to get that first win and hopefully she can build on things in the New Year.”

The stable started the day with Turnaquid running second in the Class 1 Handicap (1200m).