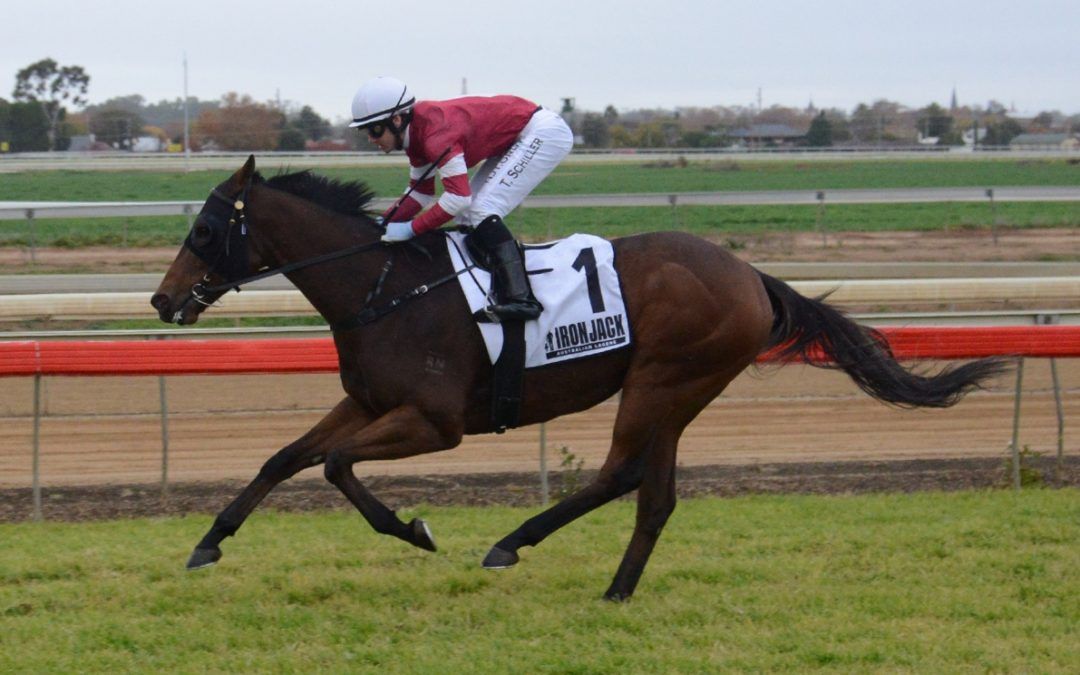 Andrew Dale’s stable star, Parliament, has once again won back to back races after today claiming the Young Cup Benchmark 74 Handicap (1660m).

It was the gelding’s second success this campaign after victory in his last start, a Benchmark 66 Handicap (1800m) at Wagga on May 10.

Jockey Tyler Schiller’s form has been just as impressive for ADR having helped deliver the stable’s past four winners.

Parliament’s next assignment looks like being the open handicap mile at Albury in fortnight’s time Andrew Dale said.

“It looks a suitable race on the calendar for him,” Dale said.

“I would love to get him out to 2000m again this preparation, he’s now racing like he’s really looking for it.

“Albury looks like the right steppingstone before the 2000m.”

Prior to Parliament’s triumph Steelcapstilettos ran an encouraging fourth over 1660m in his ADR debut while at Seymour, Volere landed his first placing for the stable with a third in the race 8.