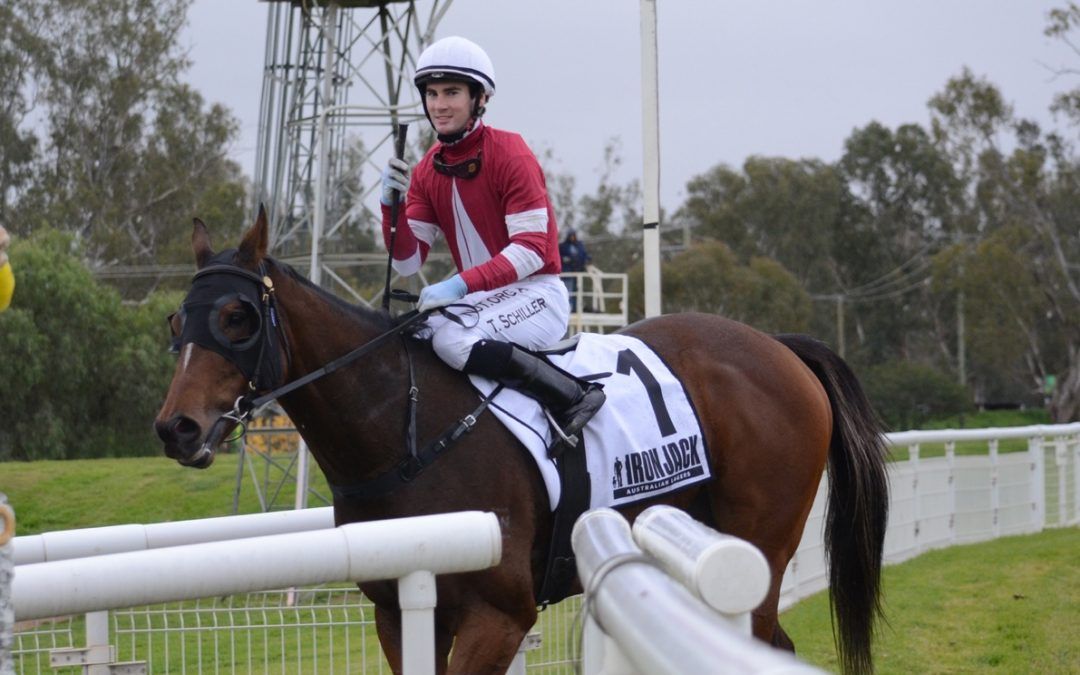 IN form local trainer Andrew Dale and stable star Parliament have built on the stables recent success with a win at Wagga last Thursday.

The five-year-old gelding showed his worth as a $1.30 short favourite taking out the South West Slopes Credit Union Young Cup BM74 Handicap over 1660 metres by two lengths.

Parliament and Tyler Schiller jumped from the widest barrier in barrier five and sat back of the field for the majority of the race.

The field then came around the bend where it turned into virtually a final sprint where it could have been any horses to win, however, Parliament proved his talent kicking away from the rest of the field in classy fashion.

Dale, who had targeted the race for his prized gelding for a few weeks, said it was pleasing to get the win in clinical fashion.

“It was a small field in the end,” Dale said.

“It was still the right race though so I’m happy with how it all went.

Apprentice jockey Schiller has proven to be one of the best apprentices in the state proved his worth again yesterday with what Dale described as a “great ride overall”.

“He got caught wide but managed to slot into the field well just before the bend which was a credit to Tyler.

Dale said that he plans to take his classy gelding to Albury for an open handicap in two week’s time.

The Albury Racecourse will be Dale’s next target today with the trainer having four runners accepted into the seven race meet.

Port Triano will run in race two, Geileis in race four and Tycoon Dreaming and Karaoke Express in the second last race of the day.

Despite Port Triano’s poor run at Seymour on Thursday, Dale said that a line would be put through that run.

“His run on Thursday wasn’t great but I think that was just a one off,” Dale said.

“I spoke to the jockey Jake Duffy after the race and he said that Port Triano just didn’t adjust well to the shifting track.

“If all goes to plan he’ll run at Albury.”

Without being outstanding, six-year-old gelding Tycoon Dreaming has been consistent his last five runs.

Dale expects the gelding to be thereabouts.

“He’s been consistent which has been good,” Dale said.

“He was a bit out of his depth last start at Wagga so he should be more suited to his run at Albury.”